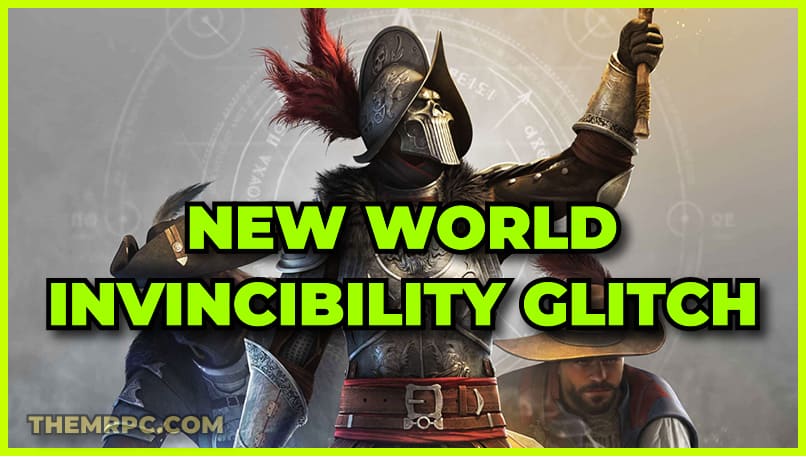 If you play the honest route, New World is a challenging game, but would it be fun if you had God Mode? You’ll learn all you need to know about it here.

Taking advantage of the New World invincibility bug is actually incredibly easy. If you follow these steps, you’ll be invincible and in God Mode (assuming you haven’t used it already) in no time:

Gamers are reporting that some players are seeing god-like behavior, to the extent that they are able to kill mobs without fear of losing health. The invincibility glitch has been unlocked in the New World, allowing users to disappear temporarily and unlock high-level areas without much difficulty.

Being invincible doesn’t allow you to move around, so the glitch is useful only for situations where you want to stand still. Consequently, players have taken advantage of it in order to capture control points without having to worry about receiving damage.

An update may be available soon for this game-breaking bug. Several servers around the world are using this trick in wars. Due to this, the game will not be playable by most players who prefer not to exploit the flaw themselves.

If you use God Mode, can you get banned?

New World is a massively multiplayer online game that takes place in an open-world environment. Cheating, hacking, or abusing glitches or bugs to level your character up is likely to result in a ban. These are the against the terms of service agreement. It’s unfair to those players who have worked hard to get where they are, so hopefully Amazon Game Studios will resolve this as soon as possible. Beware and use it at your own risk if you would like to use it.

Additionally, even if it makes it easier for players to gain an advantage in certain areas, the strategy doesn’t really provide the same level of enjoyment as actually playing the game. There is hope that this glitch will be fixed soon, so players will once again be able to enjoy playing the game instead of waiting to win it.

These are the details of the invincibility glitch and god mode exploit in New World. If you need any more assistance with the game, check out themrpc.com for more of New World tips and tricks!