New World: How To Fix Compass Not Tracking Resources?

New World Resource tracking is not working properly and many of the players are reporting it. There has been no new information on this issue from Amazon Game Studio so far. 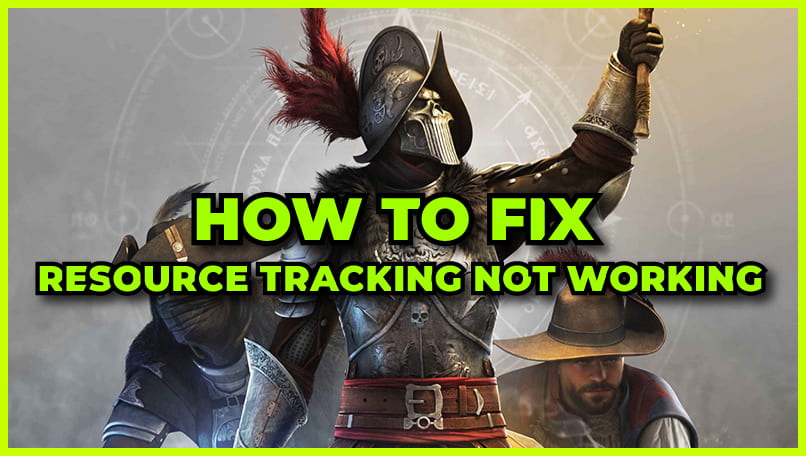 Amazon’s New World is the recently released MMORPG game. It has garnered a lot of hype ever since its launch due to the fact that it is being developed by Amazon Game Studios. Any game getting the backing of the giant corporation is bound to have some unexpected issues that are not foreseen by the developers. This guide will share how you can fix problems with not being able to track New World Resources.
If you are having an issue with Amazon’s New World tracking not working correctly, keep reading to find out how to fix this problem!

By the way, if you are not familiar with MMOPRG’s, they are online video games which you can play on the internet with lots of other players. Also known as MMORPG for short, I’m sure you’ve heard of this game genre already. Games like World of Warcraft, Runescape, Wurm Online, and I can go on and on.

We should briefly talk about the New World Game before getting into the issue at hand. If you have been searching for a fantasy-based MMO that features a thrilling story and immersive storyline, play New World. New World is a competitive sandbox with next-level combat. You can play with single or multiple friends in real-time, find your own strategy, and dominate the island of Aeternum.

The game is played in a group mode in which players may consist of up to five people and choose whether to align yourself from the three factions, namely Marauders, Syndicate, or Covenant. Aeternum is a supernatural island where players compete in PvP or PvE real-time combat battles. A player can obtain supernatural powers or bring deadly weapons into play as a way to dominate battles.

The compass is a primary and most important item in the game. The compass plays an important role in tracking down assets like iron vein, wood vein, fish prey. But during the gameplay of New World, there have been several cases in which the compass fails to track any resource. This problem is directly affecting the gameplay experience of many players. Because of this issue, certain resources are not showing up when you tap into it. Thus, they may mislead you while finding resources which will lead to loss of their efforts.

The compass feature in this game is the only way players can find where to go to collect resources. But for some reason, it’s not working. Players find it difficult to locate this resource because of a bug in the game’s compass system. The issue was reported by the players who are pretty much disturbed by the fact that compass not tracking any resources.

In spite of standing in front of the unlocked resources, it does not display the icon or symbol. But, you are not the only one who is facing this compass issue in the New World MMORPG. Fortunately, developers are aware of this issue and are working hard to address it. It is therefore possible that a proper fix might arrive sooner than expected. We will let you know as soon as the developers have fixed this issue. Keep checking back with us.

A potential workaround for this issue is to log in to the server again. Some players have fixed it by doing this. So, if you too are experiencing this issue, please try logging in again after 3-4 hours. This is not a permanent fix, so it may not work for everyone. But you are not risking anything by trying it.