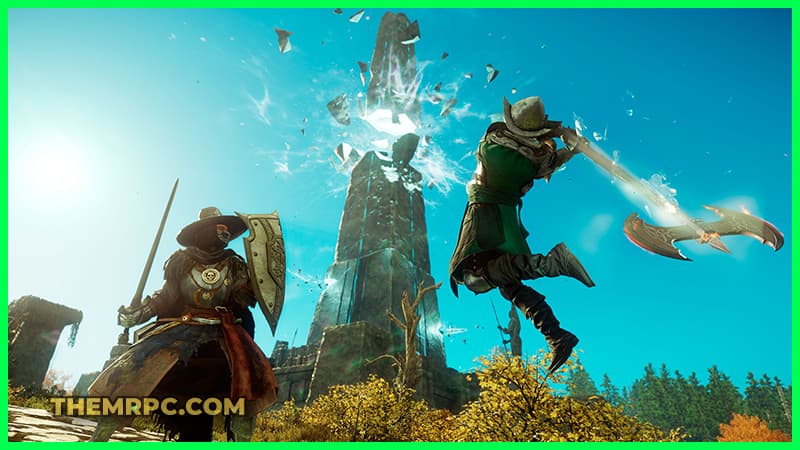 On March 29, Amazon Game Studios pushed out a major update to its Amazon Game Studios title New World. With this latest patch, an enormous amount of fixes, upgrades, and gameplay improvements have been made to the overall experience. This is a huge patch that adds tons of new content — and we’re here to list them all for you!

New World Heart of Madness Update is live. If you want to get the most out of your gameplay experience, then it’s imperative that you know how to download and install the New World update before you play. Check out this full update details to take advantage of all the new features, content, and options that are available with this patch.

This is the official patch note for the March 29th update for New World:

The main story questline picks up as you pursue Isabella back to Shattered Mountain. The final quest, The Heart of the Tempest, is given by Yseult Meredith, located at Mountain Home Outpost in Shattered Mountain. Additional repeatable quests can be taken from Mara Rosa, in the cathedral just south of the Expedition entrance.

The final showdown against Isabella has arrived, as you delve deep into the Tempest’s Heart Expedition. Pursue the Tempest into a corrupted dimension of reality, through the twisted capital city of Myrkgard. Discover the secrets of her past while you dive deeper into her corrupted mind.

The Tempest’s Heart is an endgame expedition for 5 players. Recommended for level 60 players with Gearscores between 550 and 570.

The Blunderbuss is a ranged weapon that offers high-mobility coupled with potent close-to-mid range damage. It’s the first weapon to scale on strength and intelligence, making it a good companion for bruiser or mage builds.

Adventurers will be able to progress through two weapon mastery trees, allowing the player to choose between two distinct playstyles.

Alongside the release of the Blunderbuss weapon itself, we’re also releasing a new Legendary Weapon Quest series. Upon reaching Level 60 and the maximum skill level with the new firearm, players should seek out Wang Tang Zhi in Ebonscale Reach settlement to start this epic endeavor.

New experiences have been added across the world for players to discover.

Two easels can be found in each territory. Upon interacting with these easels, players will be given a painting of the view for their house. If a player loses their painting they can reacquire it by visiting the same easel again 24 hours later.

Rafflebones rummages around Aeternum for lost treasures and goods. He will spawn all around the map at various levels in every territory. When players encounter Rafflebones they will have 45 seconds to kill him in order to get rewards or else he’ll flee! Players will always be awarded a named weapon. Additionally, level 60 players will be given Obsidian Gypsum on kill of any level Rafflebones. Rafflebones that are found in zones that go above level 60 will award level 60 players 500 Umbral Shards.

Stinky the Legendary Hunter can be found wandering around the swamps of Weaver’s Fen throughout the day, while at night he retreats to his humble abode. Stinky can drop three named items for level 30 players: Stinky’s Keepsake, Stinky’s Sharpshooter, and Stinky’s Hatchet.

A population of yeti didn’t get the memo that the Winter Convergence has passed and can be found wandering the frozen wastelands of the Great Cleave. These Yeti drop level 45 standard elite rewards.

New random roadside encounters can be found along routes in Weaver’s Fen and Restless Shores.

Revamped the layout and encounter experience for Unbound Island in Cutlass Keys. Go forth and uncover the curse of Benjamin Boatswain’s ill-gotten treasure! (For early level 30 players).

Revamped the layout and encounter experience for Andrometus in Weavers Fen. Blight continues to spread from Lepus, threatening to consume Aeternum. (For mid level 30 players)

New World Heart of Madness update is now available to download. If you want to stay up-to-date on all the latest news about New World from Amazon Game Studios,, we’d suggest checking out our New World section.