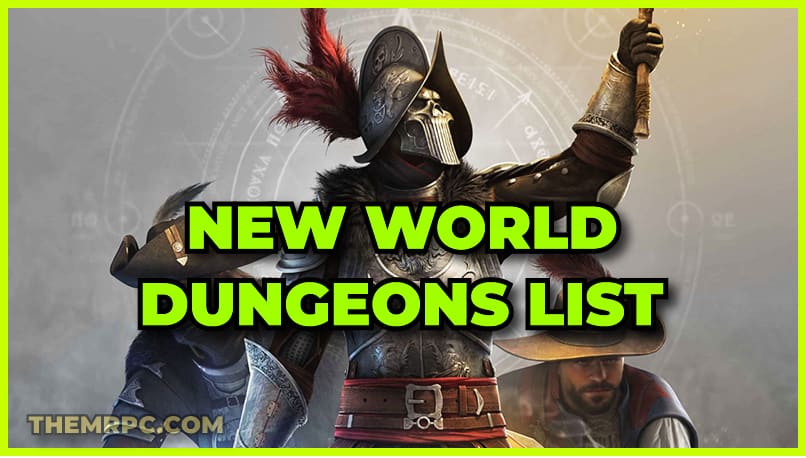 Any MMORPG game would be incomplete without dungeons. There are many other games in that category, and New World is one of them. There are 6 expeditions in New World. With every level you advance in the game, the dungeons become harder. These expeditions are quite similar to the dungeons of other MMORPG, but they are special in their own way.

This post is a complete guide to all dungeons in New World and contains descriptions of each location including the monster difficulty. The time it takes to complete the dungeon and an overall difficulty grade. To do this, let’s examine the dungeons in the New World, the locations of all expeditions, and the requirements for success.

There are six dungeons which you can discover and conquer in the new world. These dungeons are also known as expeditions and each requiring a different level of players. The first one can be started at level 25 and will be completed after your character reaches level 60.

To beat the dungeons you need a strong team of heroes that is well-rounded and can endure lots of damage. There will be different bosses at certain stages that will require different levels and types of characters to beat them. The most effective way to defeat them is to use a team of three high damage dealers, one tank, and one healer. Alternatively, two healers and two damage dealers can work as well.

You can find a list of all 6 dungeons in New World here..

Since novices will be moving forward into dungeons, we thought they should know more about the challenges they would face in the process. This is why we have prepared a basic guide for each dungeon and all 6 expeditions. Take a look below.