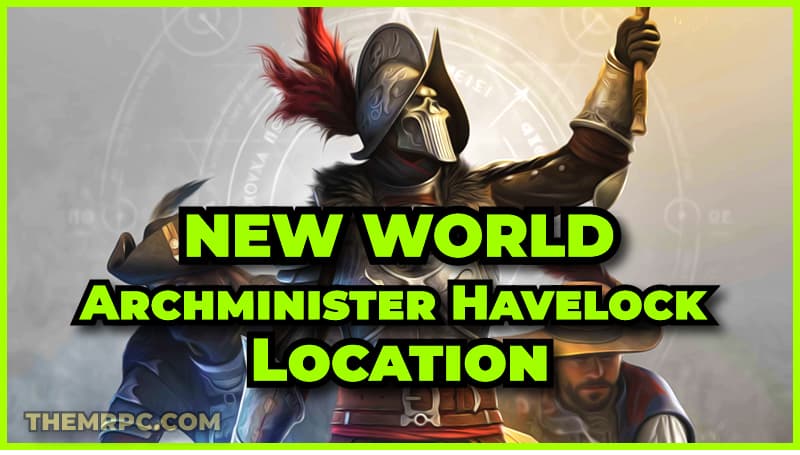 There are tons of bosses to fight, and they come in a variety of types and difficulties. One of the toughest, though, is the Archminister — a boss who deals cold and slimy damage with every attack. He’s also a level 35 opponent — one of the highest levels you’ll encounter. Defeating Archminister Havelock will give you a chance to receive M. Havelock’s Wedding Ring as well as a huge amount of coins along with some precious XP. The Archminister Havelock is a very difficult elite boss to beat for most of the players. This guide will help you find out find the Archminister Havelock Location, Abilities & Effects, Weakness.

You may find the Archminister at Brightwood Isle, in the Central-East area of Brightwood. When you are ready to take on the challenge of this elite boss, simply travel to Brightwood to reach Archminister Havelock.

The following abilities are available to Archminister Havelock during battle and have corresponding effects:

New World is a brand new game that sets the bar for MMORPGs. It offers an immersive story with amazing graphics that makes you feel like you’re really in New World.  Released on September 28, 2021, its release date previously scheduled for May 2020 and August 2021. New World is an online role-playing game set in the mid-seventeenth century. It’s notable for its fascinating historical setting, which is based on the Americas before it was colonized.

There are three factions in the game: Marauders, Syndicate, or Covenant. Players can join a group of up to five people, use node resources, craft items, gain control over settlements, quest, explore the world, or fight monsters.

There is no auto-locking targeting in the gameplay, so the player must keep a steady hand when aiming. With each level, the hostile mobs attack with increasingly complex and strong sequences with attacking behaviors that require the player to counter using their mana, stamina, and health. The player must do timed attacks, dodges, weapon blocks, retreats or crawl stealthily. You may choose from the following weapon skill trees: bow, hammer, hatchet, fire staff, life staff, musket, spear, sword/shield, and ice gauntlet.

Leveling up personal attribute skills is part of the character’s journey. A skill level’s returns contract as it gets higher. Characters can also upgrade their weapons and trade skills. Choose from among three basic trade skills: Crafting, refining, and gathering.

Crafting trade skills allow you to craft finished goods from raw materials like weapon smithing, armoring, engineering, jewel crafting, arcana, cooking, and furnishing. Refining trade skills take those same raw materials and process them into more advanced products such as smelting, woodworking, leatherworking, weaving, and stonecutting. Gathering trade skills allow you to collect non-crafted items such as logging, mining, harvesting, and tracking and skinning. In addition, there is the “camping” skill (wilderness survival).

For any updates on a fix for the error, keep checking themrpc.com.

Previous article
Roblox BloxLand Promo Codes For November 2021 To Get Free Robux And More
Next article
Call of Duty Vanguard: Will It be Coming to Nintendo Switch? Here What You Need Know
Share
Facebook
Twitter
Pinterest
WhatsApp