Rockstar Games are yet to officially reveal the release date of GTA 6. Recent rumors suggest that the next GTA game, will be set in the late 1990’s. These rumors are based on some screenshots of what appear to be cutscenes from the latest GTA 5 trailer. 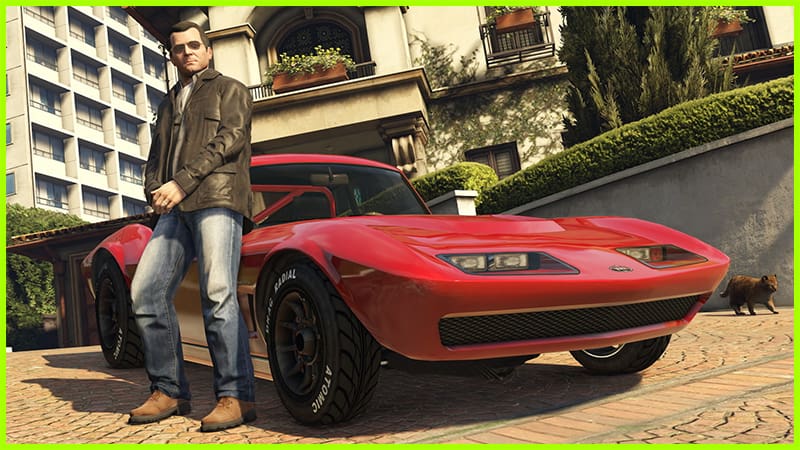 Rumors and reports here and there suggest that the upcoming open-world action title from Rockstar Games, Grand Theft Auto 6, will return to the late-’90s. This time, there’s a new speculation that GTA 6 will be set in the late ’90s and beyond. The latest trailer for the next-gen upgrade of GTA V has led fans to wonder if the game has a clue that hints at GTA 6 taking place in the late 90’s years. Gamers are starting to wonder which decade will be the setting of the next iteration of the hit video game series.

The latest GTA V and GTA V online trailer was released a week ago by Rockstar games for PS5, and X Box Series X|S. At this time, everyone was making their own theories about the new trailer. But DANNYonPC as well as Reddit user u/docbicep noticed something interesting. The license plate of a Red car can be seen during one frame of the trailer. And if you zoom in, you can see that the license plate just says “6ISAL890”.

Despite what the license plate might appear to say at first glance, fans have speculated that it spells out this particular phrase “6 Is A Late 90“. Thus, leaving fans to speculate whether Rockstar is purposefully hiding this to hint that GTA 6 will indeed take place in the late 1990’s era.

In the latest GTAV trailer there’s this license plate

You think that they’re teasing GTA 6 is set in around 1998? pic.twitter.com/VC8U6S5sKl

The internet is filled with rumors and speculation surrounding the release of Grand Theft Auto 6, which is all the more frustrating for fans who are eagerly awaiting any news about the game. Rockstar hasn’t even given fans any inkling of what they have planned for GTA 6. So far, Rockstar is yet to confirm nor deny anything related to GTA 6 rumors.

According to the PlayStation Showcase trailer shown earlier this month, GTA V’s remastered version will not arrive until March 2022 for PlayStation 5 and Xbox Series X.

There are too many GTA V copies in the market, which led to players being overly tired of it. After seeing the new version, people are asking for an update on the release of GTA VI. GTA V was released for Xbox 360 and PlayStation 3 consoles and then rereleased for Xbox One and PlayStation 4. There is no denying that GTA fans all around the world are overly tired of GTA V. As a result of it, arround 200k people disliked the PS5 trailer, and the majority of comments ask to see a GTA 6 update.

The sixth installment in the Grand Theft Auto series still seems to be a far-off reality, but the history of the franchise could lead to some location and time period speculation. For the moment, GTA V is available for PC, PlayStation 3 and Xbox 360, PlayStation 4 and Xbox One. The remastered version will be available for PlayStation 5 and Xbox Series X/S in March 2022.