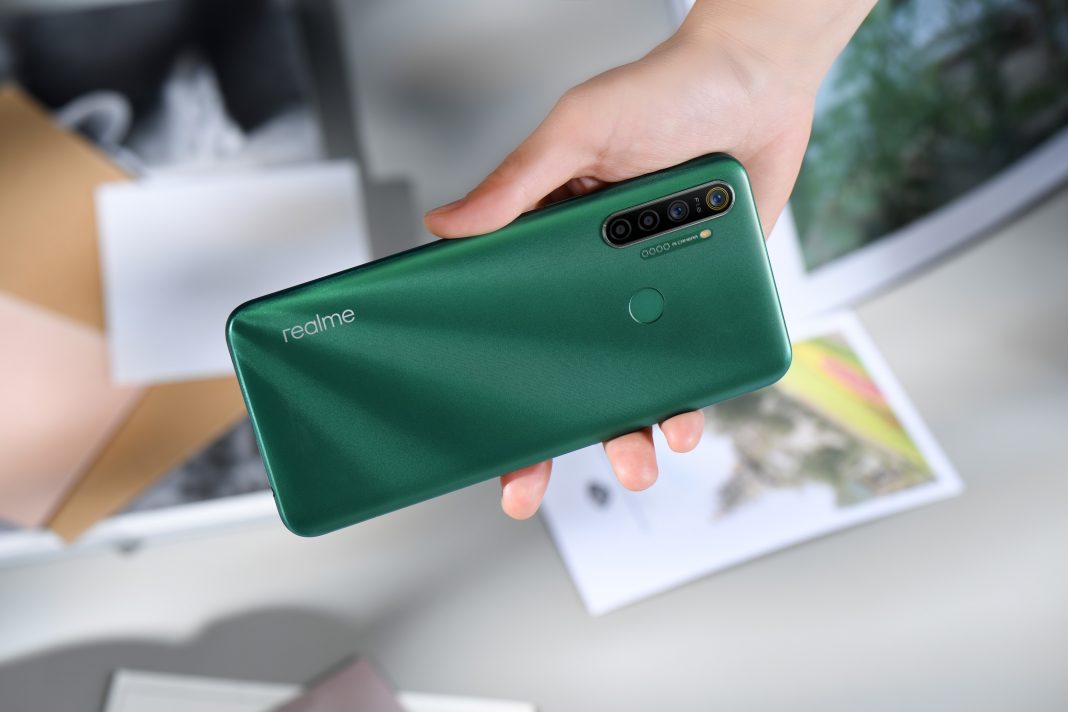 In this week, many Android smartphones have received new software update. Today’s we are here with a list of flagships such as Xiaomi Mi 10, Mi 10 Pro and ASUS ZenFone 6, and also some mid-range like Samsung Galaxy A71, Galaxy A50S and Huawei Nova 5 Pro which are receiving the new firmware update with security patches. A few cheaper devices such as Samsung Galaxy M30S and Realme 5 Pro are also in this list for the new update.

A few days back on February 13, two new flagship smartphones for the Chinese brand Xiaomi: Mi 10 and Mi 10 Pro were launched in the Chinese market. Now, these two flagship devices are receiving the usual first software update in China.

When these premium devices were launched, some users of the first hour of Xiaomi Mi 10 and Mi 10 Pro had reported the issues in the phone’s speaker performance. Now, Xiaomi has pushed the new update of 221 MB. With this update, a couple of issues including the annoying noises produced by the speakers has fixed. It also brought improvement to the stability of the connection to the router.

Asus has officially announced the software update with a version number 17.1810.2002.133. It comes with the latest February security patch 2020.

The size of the update is 74.82 MB which is not a big update but brings some improvement to the system. The new software build v17.1810.2002.133 brings this month’s (February) security patches which brings the general improvements system stability and the new function that allows you to randomly generate MAC addresses and Optimized charging function.

New update for Samsung Galaxy A71, Galaxy A50S and M30S

Samsung Galaxy A71 is a new mid-range smartphone from the South Korean brand which has recently launched on the market. The device is receiving the update with the February 2020 security patches. This brings the improvements for the photographic segment of the smartphone.

The new software version A715FXXU2ATB2 has already reached Europe starting from Holland and introduces the SMR (Security Maintenance Release) of this month, also going to improve the stability of the camera.

Samsung Galaxy A50S is receiving a awaited big software update of 1.65GB in size. This  is an Android 10 update for the device with One 2.0 and brings a software new version: A507FNXXU3BTB2. This is an OTA update. The update roadmap for the device has suggested April 2020 roll-out for the Indian variant but the Indian variant are also receiving this update. The innovations are numerous, from Dark Mode to Focus Mode passing through the various graphic retouches, gestures, animations, Digital Wellbeing, the renewed Camera app and more, the integrated screen recording function is missing.

Indian models of Samsung Galaxy M30S are receiving a new software update with the security patches of March 2020. The update is sized as 119 MB with the new software version of M307FXXS2ATB3. Unfortunately, net of the classic stability improvements, there seems to be no other news. Furthermore, as it is still February, Samsung has not yet detailed the March 2020 SMR.

Talking about the Realme 5 Pro, the company has released a new Realme UI with Android 10 base software update. The announcement has done directly by the Chinese brand. The new version is RMX1971EX_11_C.01 and the roll out will take place gradually.

• Drag an app out of Smart Sidebar to open it in Split-screen Mode.

• Added Bubbles: A bubble is displayed when you open an app in a floating window from the Smart Sidebar. Tap the bubble to collapse or open the app.

• Optimized gestures: All gestures are supported in landscape mode.

• Added Focus Mode: Minimizes outside distractions when you are learning or working.

• Added a floating window and settings for screen recording.

• New management feature for recent tasks: You can view memory of recent tasks and locked apps.

• Added option to open Global Search or the notification panel when swiping down on homescreen.

• Added option to customize the size, shape, and style of app icons on homescreen.

• Support for animated wallpapers on the lockscreen.

• In Quick Settings or Smart Sidebar, you can open Calculator in a floating window.

• Added the trim feature in Recordings.

• Added the Weather (dynamic) ringtone, which automatically adapts to the current weather.

• Optimized the Timer UI and sound.

• Optimized the Album UI for a clearer structure and photo thumbnails.

• Optimized the Contacts UI for a more efficient experience.

Once again, this is a phased roll out and will be available to all the users very soon. Kindly be patient and wait for the update on your device.

The latest of today’s updates is the one that brings the EMUI 10 stable on Huawei Nova 5 Pro . It seems that the manufacturer is releasing version 10.0.0.152 to beta testers and 10.0.0.153 to users of the stable channel stopped at EMUI 9.1. Among the latter, however, there will also be some less fortunate users who will see the notification of a mere secondary update (EMUI 9.1.1.189 or 9.1.1.182), with classic stability and performance improvements.

How to install an update on an Android smartphone