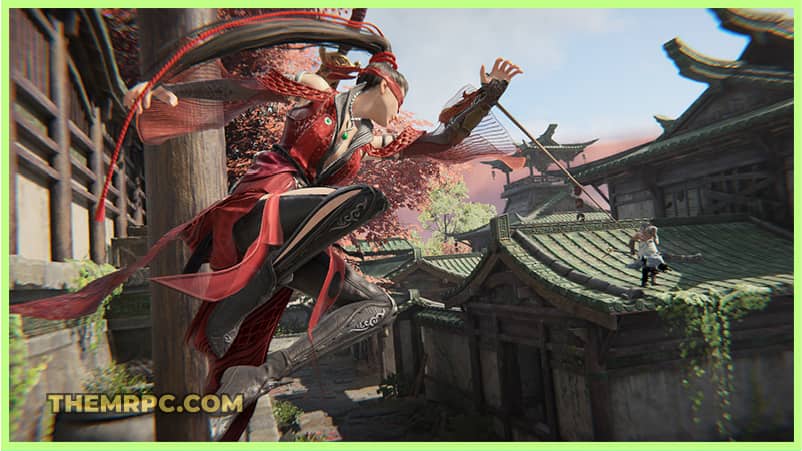 The latest Naraka Bladepoint update for PC and PlayStation 5 is now available for download. The latest update to Naraka introduced a new season (cavalry), changes, hero adjustments, and more. In addition to this, there are also many fixes and gameplay adjustments in today’s Naraka patch.

There was a recent update that added a new game mode to the game (Bloodsport). The 1v1 Bloodsport mode pits players against their opponents by dueling them one at a time as they strive to achieve victory.

The game has been plagued by issues since it was released. Naraka Bladepoint is patching today to fix a handful of these errors. Read on for more information below. 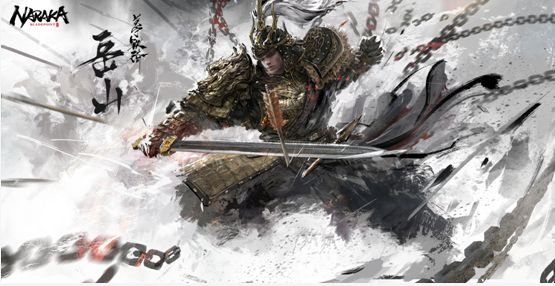 The family glory and arduous training have carved loyalty to Eternia in Yueshan’s heart since childhood. When the political conspiracy was about to endanger the stability of the empire and the survival of the family, Yueshan, decided to fight for the true king of Eternia. The heroic soul of the soldiers was rebuilt into the undefeatable incarnation in the ashes. Wuwei Marquis, a youthful general of Eternia is making his entrance on Morus Isle, with his Cavalry army.

1. The startup frames of [Zephyr Wisp] and all its variants will no longer be interrupted by attacks.
2. Removed the damage deduction to armor from all of Temulch’sSkills and Ultimates, and adjusted [Zephyr Wisp]’s damage.
Adjusted the damage of [Zephyr Wisp] and all of its variants when tossing up enemies in the air from “dealing 50% damage to health and 25% damage to armor” to“dealing 37% damage to enemies”..
3. Removed the effect of energy deduction when [Zephyr Wisp] or any of its variants hit an enemy.
4. Greatly reduced the thickness of [Zephyr Prison] and all its variants, and increased the [Slowed] effect when enemies pass through it. ([Slowed]: Consume all energy and greatly reduce energy recovery speed for 4 sec.)
//Dev Note: Temulch’s ultimate has made him the most picked hero in multiplayer modes. We want enemies to think twice before passing through Zephyr Prison rather than being easy targets after being staggered. With this change, the barrier can be easily crossed, but energy will be consumed.

1. Increased the Clash distance and stagger duration of enemies when they attackTianhai’s[The Divine Bell] or any of its variations.
//Dev Note: Under some circumstances, the enemy’s clash stagger duration will end before Tianhai’s skill [The Divine Bell] finishes. Owing to this, we have adjusted the stagger duration and flash distance so that the fighting of the two sides can more balanced.
2. Adjusted how damage is calculated while in Vajra form.
//Dev Note: As Tianhai deals bonus damage to armor while in Vajra form before, it has been difficult for players to gauge exactly how much damage is dealt. Thus, we have removed this bonus damage and instead increased its basic damage, with the total damage remaining unchanged.
3. Increased the health of Tianhai’s Vajra form in multiplayer modes to 4,000 (was 3,650).
4. Removed the stagger animation when dropping below a certain health threshold while in Vajra form.
5. When grabbing and slamming two enemies into the ground, the ultimates will no longer be interrupted if an enemy struggles free of Vajra.
//Dev Note: As players are getting increasingly familiar with Titan’s Call and its mechanics, some of its shortcomings have become more apparent. So we have reevaluated Titan’s Call and come up with the aforementioned changes.
6. Removed the Vajra’s weak spots in the initial [Titan’s Call].
7. Adjusted the duration of the initial [Titan’s Call] from 40 sec to 30 sec.
8. Reduced amount of health recovery when grabbing and slamming an enemy into the ground in the [Titan’s Call: Heal]from 1, 500 to 1,000.
//Dev Note: [Titan’s Call: Heal] has proved to be slightly more powerful than other talent choices. We’re therefore adjusting some of the ultimate to make them more balanced.

//Dev Note: With bonus damage to armor, it has been difficult for players to gauge exactly how much damage is dealt. Thus, we have removed this bonus damage and instead adjusted base damage, with the total damage remaining unchanged

I. Dagger
1. Slowed down the landing timing of horizontal jump strikes.

I. Combat Adjustments (Scale Rush, Upward Strike, Dodges, etc.)
1. Improved the recovery frames when usingVitalia and Armor Powder.
2. After a successful counter, if players get hit by a Focus attack, they can now trigger another counter or dodge immediately to interrupt it

1. Added the new Winner Spectate function: the winner of the battle will automatically start spectating other players after defeating the opponent. Players can quit the spectating anytime, or reenter the spectating through Match Schedule.

4. Upon entering the final, the heroes and weapons you used during the previous three rounds will now be automatically selected. You may change your setup before the timer runs out.

5. You can now gain weapon proficiency inBloodsport.
//Dev Note: We adjusted the gaming pace of Bloodsport and will continue to optimize in upcoming versions.

1. We’ve added rich resources areas that will appear at random. These will be highlighted on the map and viewable while selecting your spawn location and during the course of the match.
//Dev Note: The five main areas are no longer certain to be rich in resources. Be sure to check your maps before landing on Morus Isle!

I. Adjusted the Stats display when entering the match.

Statistics will be displayed in all modes. The Stats will be aligned with the current mode rather than all Stats of trios and solos.

II. Adjusted the difficulty of some hero Cultivation Quests, taking them more in line with expectations:

1. Added a toggle for Soulbloom Essence to The Herald’s Trial mode.
2. Added the option to randomize the Environment.
3. Added settings for Nearby chat.

Note: Rewards may only be redeemed up until 24 hours after the event ends, so don’t leave it too late!

1. The [Cavalry] BATTLEPASSis now available with plenty of rare items and cosmetics! Players can also unlock Advanced Hidden Treasures for even more rewards!

The new cosmetics will become available on November 11.

Added new custom content in Party Display! This includes new bases, gestures, and backgrounds! Collect all manner of custom items to kit out your heroes!

Added new custom hairstyles which you can acquire during the new season! Collect them and customize your heroes!

Added gestures exclusive to Valda Cui. We’ve also created a range of new expressive emotes which you can equip and use in-game!

Added a bunch of new avatars for you to collect during the new season.

How to Use Vouchers:

You can use vouchers in the Cashier menu when buying items at the Store.

How to Get Vouchers: