Motorola RAZR Foldable Phone Will Launch In Europe In December 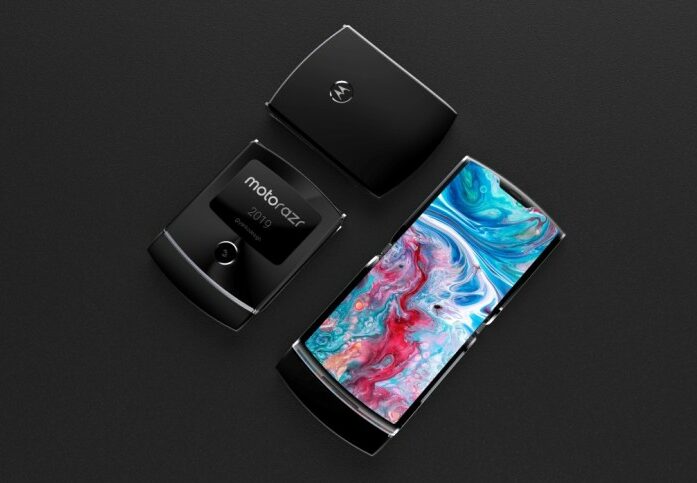 Since a long time, it has been rumored Motorola is working on its foldable phone. From the beginning of this year, it has been said that Motorola to revive the Razr line as its first foldable smartphone. A few months back Some renders of Motorola RAZR foldable phone also surfaced online. A new report from Lets Go Digital suggests this phone will be releasing in Europe in December 2019 or January 2020. This phone will be a mid-ranger and will be available at 1,500 Euros (~$1,665).

The folding feature of new Motorola Razr will be the same as traditional Razrs did. It will be featuring a 6.2-inch large-sized flexible screen having the resolution of 876 x 2142 pixels. Also, offer 600 x 800 pixels resolution small-sized display on the outside which can be used for checking notifications and incoming calls. Hence, it will look quite similar to its renders surfaced in the past. The final design is very much similar to the design you are seeing in this picture. And like its predecessors, the new Motorola Razr might not come with a huge battery inside the phone. We’re assuming that means the trademark thinness of the Razr line will remain intact. The expected specification of this phone includes

Looking at its price tag which is 1500 Euros, It is expecting that first foldable phone from Motorola will come with mid-range specs. The Motorola RAZR foldable phone will be available first in the U.S at the price of $1500. After the USA, it will be launch in Europe at 1,500 euros (~$1,665). It will get a release in between December 2019 or January 2020.

For the sake of knowledge, The Motorola RAZR phone was originally launched in 2004 with the name RAZR V3. Approx 120 million units sold across the world in a span for four years.