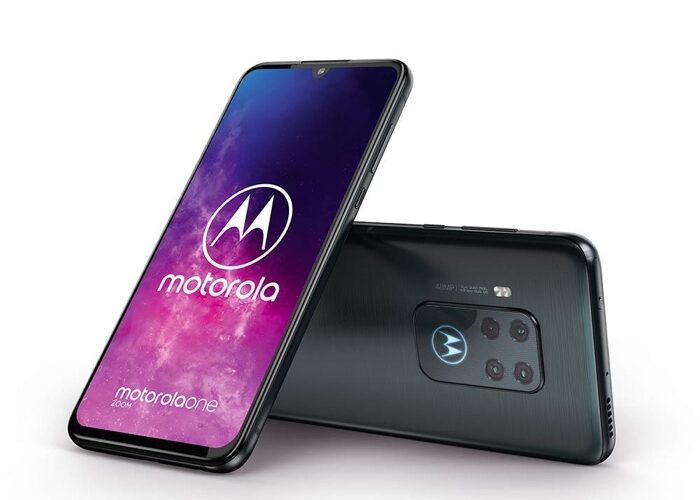 Motorola One Zoom is expected to launch at the event of IFA 2019 which will be held in Berlin, Germany. There are several leaks already appeared online which gives pretty much details about the phone. Now ahead of the launch, the phone has been surfaced on GeekBench benchmarking website. It confirms some of the specs of the phone which were already appeared on previous leaks.

Motorola might announce its One Zoom smartphone this week at IFA trade show 2019. This phone will come with a new rectangular design for its rear panel which houses four cameras in it. The Quad camera configuration includes 48-megapixel primary sensor. It has also a 25-megapixels Selfie camera at the front. In this GeekBench listing, the device is named as “Motorola Motorola one zoom”. The has the scores of 2,381 for a single core and 6,551 for multiple cores. This indicates that the might will come with Qualcomm Snapdragon 675 which is used in Samsung Galaxy A70 MI and the Redmi Note 7 Pro. The listing also reveals the unit was equipped with 4 GB RAM and runs on Android Pie.

The device is featuring with 6.4” AMOLED display with a in-display fingerprint scanner. The phone has packed with a 4,000 mAh battery with 18W fast charge support.

Initially, the phone should cost €399 and should ship with Android One – however, we cannot know for sure what the official specs sheet is until the company officially unveils the phone.