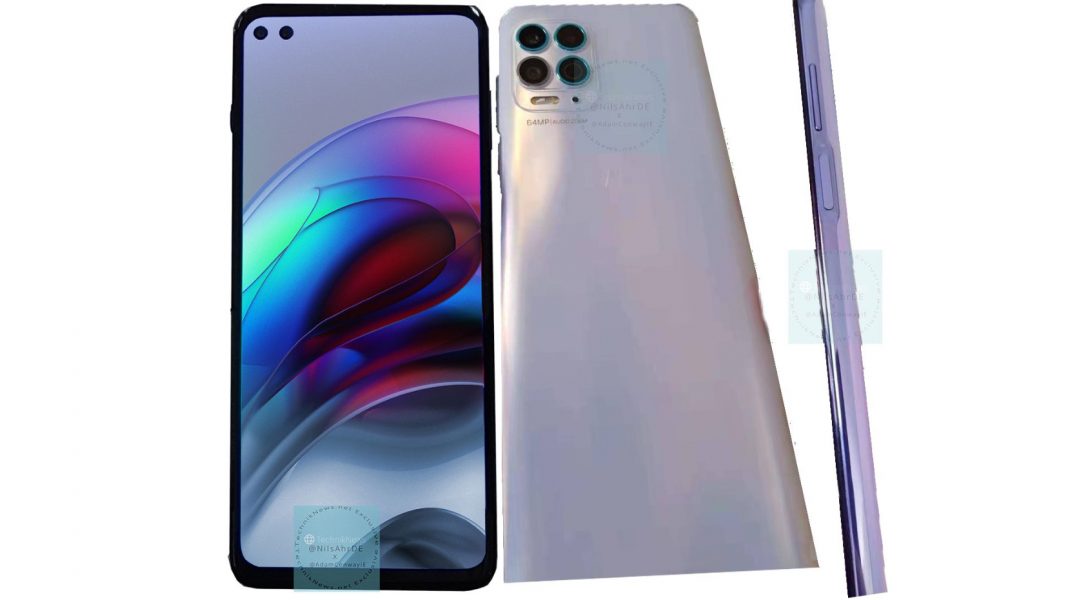 A few days back, Motorola’s upcoming premium smartphone XT2125-4 with codename “Nio” has appeared on Wi-Fi Alliance website. However, the Wi-Fi Alliance certificate does not reveal much about the Motorola Nio specifications except that the device will have dual band Wi-Fi support (2.4GHz and 5GHz) and runs on Android 11 platform. Rumours suggest that the device will come with premium specs, and it is tipped to be launched in Q1 2021.

Now, Motorola Nio’s live pictures have allegedly appeared online. These surfaced images revealing the design and colour variants of the upcoming premium smartphone from the company. These images were leaked by Nils Ahrensmeier (@NilsAhrDE) on Weibo and were published on the social media platform Voice. These images show that Motorola Nio will have a ‘Sky’ and ‘Beryl’ variant. There is a dual punch-hole cutout for selfie cameras at the front panel. At the back panel of the smartphone there are four camera setups, which include 64 megapixel primary sensor. Looking at the settings menu in the image, there is “Motorola Edge+” mentioned, which suggests that it might be a prototype of the phone.

Looking at the images we can see, Motorola Nio will come with a flat display design and slim bezels as shows in the live images. The volume button and power button with a fingerprint sensor embedded are placed at the right side. There are quad camera setup has been placed at the back panel of the phone. At the bottom of the camera module, there is a text “64MP|Audio Zoom” reveals that this Smartphone will have 64 megapixel primary Camera sensor.

It has been speculating that Motorola Nio will feature a 6.7-inch FHD+ (1080 × 2520 pixels) resolution 105Hz high refresh rate display. The Qualcomm Snapdragon 865 SoC coupled with Adreno 650 GPU will power the device. This premium smartphone will come up with a 256GB storage and 8GB RAM. But it is also said that could also be a 12GB RAM model at launch of this device. This will be running on Android 11 out of the box. Talking about the battery in this phone, the TUV Rheinland certification listing already reveals a 5,000 mAh battery (model number LZ50) with 20W fast charging support.

According to the reports, Motorola Nio will have a 64MP OmniVision OV64B primary sensor, a 16MP OmniVision OV16A10 ultra-wide-angle lens, and a 2MP OmniVision OV02B1B depth sensor. The front of the phone, there is a 16MP primary sensor and an 8MP secondary sensor is for selfies. At the moment we have only this much of information about the Motorola Nio. That’s pretty much everything we so far know about the Motorola Nio at the moment. A few days back we have already seen a teaser of upcoming Motorola Edge S powered by Qualcomm Snapdragon 800 series chipset. It could be possible, Motorola Nio could be launched as Motorola Edge S, that the company’s CEO had teased recently. We will update you about the topic when we got more information about it.