Monster Hunter Rise PC Version Crashing? Here What You Can Do? 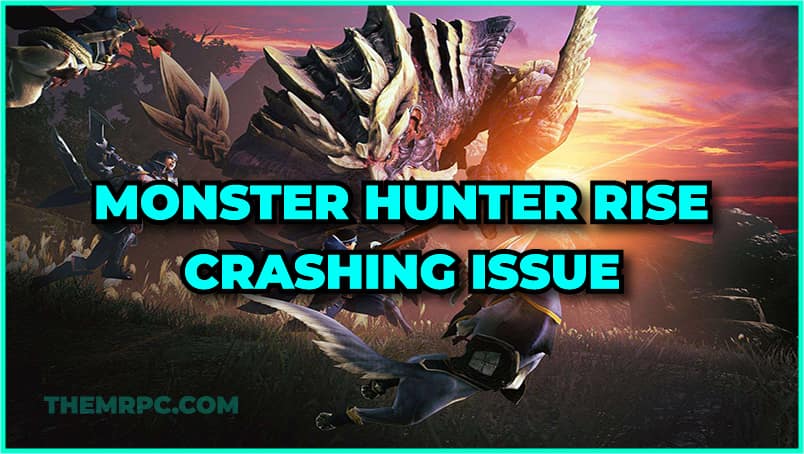 You’re probably aware of the glitches and bugs or the latest crashing that the Monster Hunter:Rise PC version has. It is important to be prepared, especially if you’re planning to purchase this game. There’s a lot of things that you might need to get for this, since more often than not there are issues with it.

When you play a game, it is a given fact that most of the times you will be confronted by bugs and glitches. However, in most cases, these are not a big issue, since they can be ignored. But in some cases, they have been so significant to the point where it leads to ruining the experience of playing the game. This is just what has been happening with all sorts of games released recently, including Monster Hunter Rise PC version.

Exactly. You heard me right. Minster Hunter Rise has been criticized by many players who have encountered the demo version’s countless bugs and glitches. The controllers don’t work, the game crashes and many more issues are present. Adding to that list here is another issue.

Players have identified an issue with the Monster Hunter: Rise PC DEMO causing it to run poorly on PCs. Many players claim that, whenever they launch or start the game, the PC demo version crashing after launching the game or starting it or while on the loading screen.

As a gamer, you must be annoyed by how many games crash and stop working on your PC. This is why we’re here – to help you resolve this issue and enjoy your game. In order to fix this issue, here are some of the most common solutions you can try.

Turn Off Your Anti-virus

Many users have complained about the fact Monster Hunter: Rise cannot run on their computers due to anti-virus software issues. Due to some false-positive virus detection, you may encounter problems while launching the game. If this happens, please turn off your anti-virus software or add the game files to the exception list or whitelist.

Lots of people have found this useful, and they have been able to launch the game successfully. There are still many players who have problems launching the game after following these steps. Is this because they did not follow these steps correctly? Despite the game files being added to the respective exception list, some anti-virus software does not allow the game to run.

To fix this, you can use other anti-virus programs like BitDefender or ESET. If you already have these programs, here are some steps to follow:–