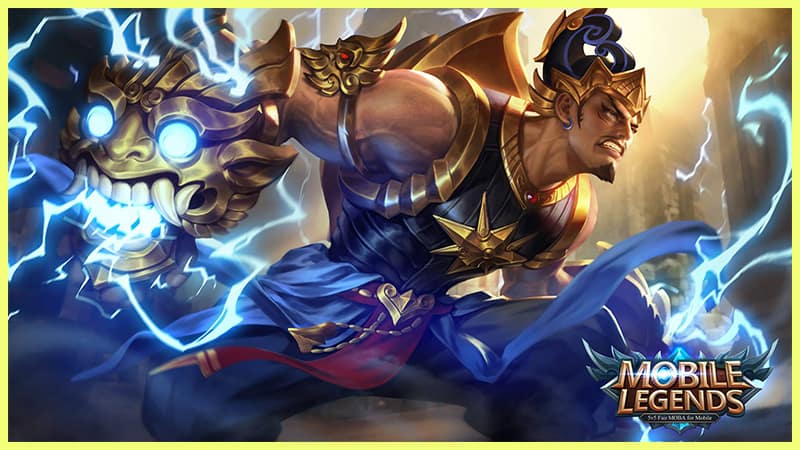 Update 1.6.50 for Mobile Legends is now available. Here are the complete patch notes for this update for the Original Server. A new season of Magic Chess is coming to MLBB with Patch 1.6.50. It is called Magic Chess: Evolution, and it will start later this month.

You can find here all the relevant details of the Mobile Legends (MLBB) update 1.6.50 patch notes. Downloading the update should be possible directly from the App Store or Google Play Store for Android users.

Patch notes for Mobile Legends Update 1.6.50 will be available and now rolling out to all supported platforms. This is a long list of the major improvements that you can expect from the update:

Yin deals significantly increased damage when there are no allied heroes around.

Yin gains extra Movement Speed and launches a Charged Punch on his next Basic Attack, dealing massive damage to enemies in the path.

Lieh smashes an area ahead successively, inflicting high damage and slow. The smashing speed will gradually increase over the duration.

Lieh strikes a flying kick forward, dealing damage while leaving a Golden Ring behind. Enemies hit will also be knocked back slightly. He gains extra Damage Reduction if an enemy hero is hit. After a short delay, the Golden Ring will catch up with Lieh, dealing damage and stunning enemies it passes through.

Yin pulls a designated enemy hero into his domain and turns into Lieh. When in the domain, the two cannot be affected by other heroes’ skills. If Yin successfully kills the enemy, he’ll leave the domain with the cooldowns of his non-ultimate skills reset and continue to fight as Lieh for a while.

The following uses (↑) (↓) (~) to indicate Buff, Nerf, and Adjustment and >> to separate the effects before and after the change.

Heroes with major adjustments in this patch include: Minotaur, Helcurt, Gloo, Aulus, Dyrroth, Karina, and Aamon.

We want Minotaur to be able to choose when to enter the Enraged state. Also making it slightly harder for him to reach the max Rage.

Extended the time before Minotaur’s Rage begins to drop after he leaves combat.

No longer refunds part of the Ultimate’s cooldown when Minotaur leaves the Enraged state.

Empowered by the Lord of Abyss, Helcurt’s Poison Stingers are now even “Deadlier”.

Fixed an issue where the damage of Gloo’s Skill 1 was greatly reduced when it’s attached to an enemy hero.

Base Damage: 325-450 >> 325-400 Fixed an issue where the damage of Gloo’s Skill 2 was greatly reduced when it’s attached to an enemy hero. Casting speed slightly increased.

Aulus’s ready to crush more skulls with his sharpened battleaxe.

We’re adjusting Dyrroth’s Skill 2 so he may have more access to the skill if he doesn’t release the second cast. We expect this to improve his mobility in higher play.

Shifted most of the damage to the final hit so the opposing players may dodge the damage using Blink or skills that grant Invincibility. Also slightly lowered the AOE damage.

Fanny’s now able to zoom around more freely and better adjust her state at the spawn point.

We’re giving Claude a bump up in his laning performance, especially before he gets his hands on the core equipment.

We’re slightly lowering Popol and Kupa’s early game damage to balance out the performance boost from the issue fixes.

Fixed an issue where Kupa could bite 3 times even when not in Alpha Wolf Form.

Fixed an issue where Kupa would launch extra Basic Attacks during the 3 rapid bites in Alpha Wolf Form.

No longer reduces Attack Speed for the duration.

The frequent use of Physical equipment is wearing Bane down. It’s time for a change.

We’re lowering the downtime of Freya’s Skill 1 to give her more mobility in higher play.

We want Harith’s mistakes to be less punishing. Also giving him a boost in his early game performance.

Yin and Yin Fists of Valor” will be in a bundle and available on January 18. Launch ‘week 30% OFF.

Sun “Spring Blessings” will be available on January 27 for 899 Diamonds. Launch week 30% OFF.

February Starlight Skin – Cecilion “Stargazer” will be available on February 1.

Natan “Chaos Hunter” will be available on February 18 for 599 Diamonds. Launch week 30% OFF.

Aurora “Foxy Lady” will be available soon with a fully revamped design.

Miya “Sweet Fantasy” will be available soon with a fully revamped design.

Alucard “Romantic Fantasy” will be available soon with a fully revamped design.

Clint “Guns and Roses” will be available soon with a fully revamped design.

Austus “Hunter Griffin” will be available on January 30 for 269 Diamonds. week 30% OFF.

Little Commander Austus and Austus “Hunter Griffin” will be in a bundle and available on January 30. Launch week 30% OFF.

2. Turtle’s and Lord’s HP bars will now shift as your location changes.

We’re putting a brake on Conceal’s burst Movement Speed so the opposing players ‘may have a bit more time to react. Now it takes 1.5s for the Movement Speed boost to reach the maximum.

Killing Spree was proven too strong when equipped by execution heroes, so we’re nerfing it a bit.

This piece of equipment originally designed for sustained damage heroes has become the go-to for almost everyone. It’s time to dial back some numbers.

1. Join Aspirants Unite for a chance to get Layla “Miss Hikari” and Fanny “Blade of Kibou”.

3. An Epic or better skin is guaranteed every 10 draws. You’ll also get 1 Orb of Hope, which can be used to unlock the Terrinia Boxes for skin rewards (prioritizes not owned Layla “Miss Hikari” or Fanny “Blade of Kibou”).

2. Added a switch to Settings that allows you to show/hide the top HP Bar.

3. HP Shift is enabled by default in Settings (can be disabled manually in Settings)

4. Added Battle Emotes to Chat on the home screen.

1. Fixed an issue where certain interfaces were displayed abnormally.

2. Fixed an issue where the damage of Gusion’s Passive was abnormally low against creeps.

3. Fixed an issue where the damage of Edith’s Passive was abnormally high against turrets.

4. Fixed an issue where the damage of Edith’s Passive was abnormally low against minions.

5. Fixed an issue where Buff creeps might get stuck in the wall.

6. Fixed an issue where the skill guide might not disappear when the player uses Floryn

9. Fixed an issue where the lane guide button during the Hero Selection phase might disappear.

10. Fixed an issue where squad leaders couldn’t remove squad members with special symbols in their names.