Microsoft’s Your Phone App: Now Android users can call from their PC 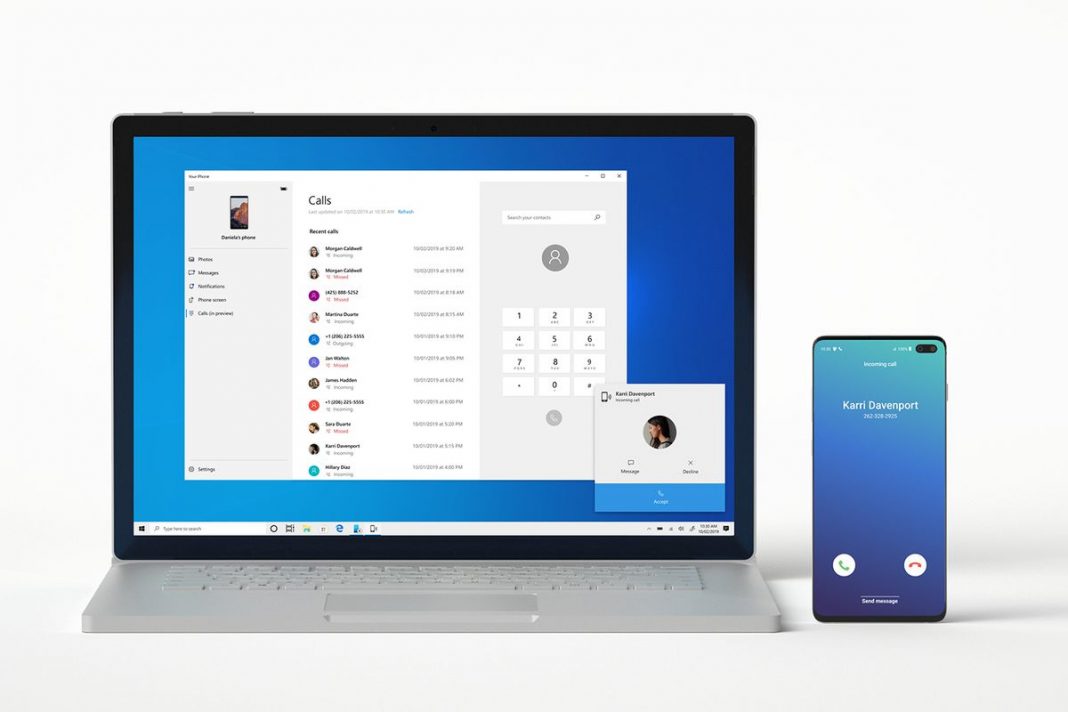 Now, it is possible to make a call from your Windows 10 PC which is connected to an Android smartphone. Recently, Microsoft has introduced calling support in the “Your Phone app”. You can now sync an Android phone with Windows 10 PC and can use calling feature, call and receive the phone calls on your desktop screen.

Microsoft was testing this feature for a long while. Back in October, Microsoft released Windows 10 preview build 18999 for Insiders (20H1) in which this feature  was first tested. Before its been rolled out to public, it took a few months for the testing. Now, Microsoft took Windows Insider twitter handle to announce the general availability of the Your Phone app calling feature.

Thank you #WindowsInsiders for your feedback over the last couple of months. Today, we’re pleased to announce the general availability of the #YourPhone app Calls feature, which allows you to receive and make phone calls on your PC: https://t.co/m47kLcXgbS pic.twitter.com/4GuIOXjR71

You can use Your Phone app on the PC and answer any incoming calls on your phone using your Windows 10 PC. Apart from answering the calls, you can even make calls using the in-app dialer and can accessing the contact list as well. Just like the phone, you can also decline the calls via the Windows 10 PC and even send a custom text when you decline. You can get the phone calls history and can even transfer your calls between PC to phone without any hassle.

Microsoft has introduced a great feature but it has some requirements and before you mind to install it your PC, you should know those. The very first requirement, your phone must be running on Android Nought 7.0 or later. Install Your Phone app on Windows 10 PCs if it is not. Now, on Android, Your Phone Companion android app must be installed on android device. You can it from the Google Play Store. You can find the links below.

Once the two devices communicate, different tabs appear. Such as SMS, recent photos and, in fact, calls. From here it is possible to call any number in the phonebook. If a phone call arrives on the smartphone, it is also possible to answer from a PC.