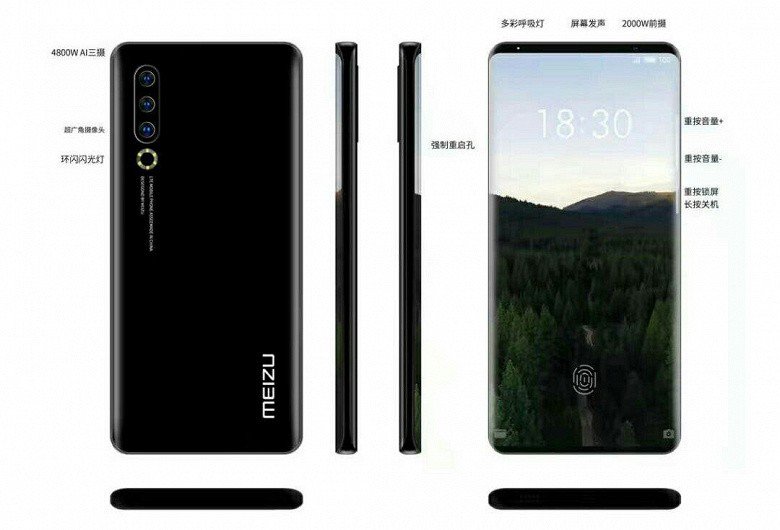 Last month in August, The Chinese manufacturer Meizu has showcased its flagship Meizu 16s Pro device. It is just two weeks since it went official, now it seems the company has already started working on its upcoming Meizu 17. We have got a new rumor which suggests that the device might come with a curved front display. The leaked renders images reveal the designs and some details about the smartphone.

The leaked images show the black and white variant of the device. The design of the device looks very fascinating and very much similar to Meizu 16s Pro if we do not consider its curved display. We can see a USB-C port, phone’s speaker at the bottom part of the device and the in-display fingerprint sensor. There is no 3.5mm audio jack in the device.

The other Chinese companies like Oppo and Vivo had already showcased devices with the waterfall display and it seems Meizu is also on the same way to adopt this. The pictures show three cameras which are vertically aligned with  Six LED flash in the circle. As Meizu 16s Pro comes with triple camera sensors with 48MP sensor as its main shooter, its 17 series might also include in it. At the front, we have found a selfie camera with a LED flash.

Meizu has launched its 16s in April and the recent launch from the company is Meizu 16s Pro which was launched a few days ago in August. So, we can expect will not be launching very soon. However, if we any other information regarding the device, we will provide here. So, stay connected with us.