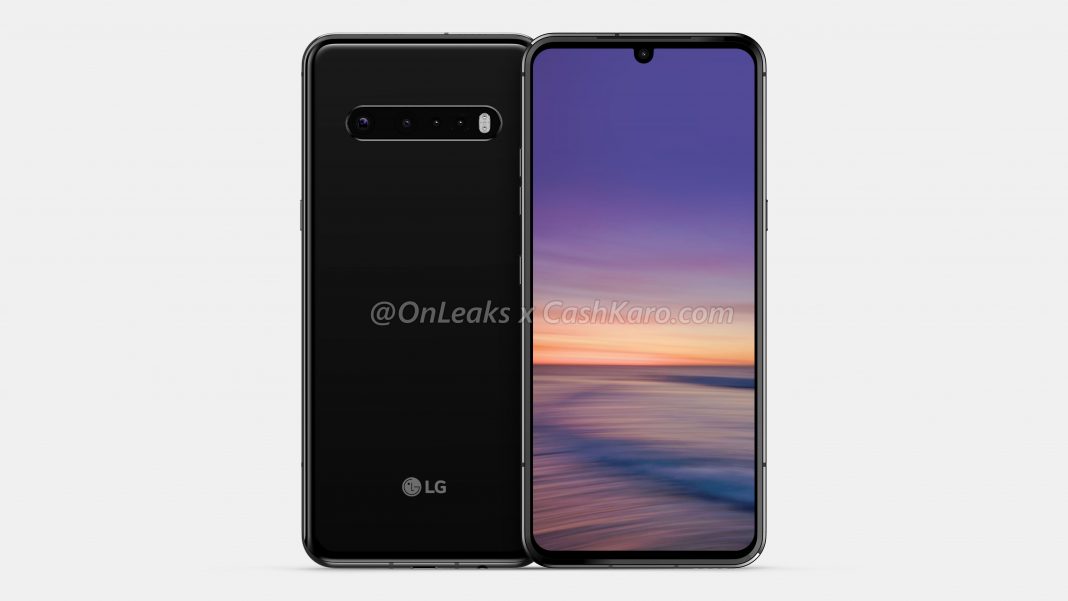 Tech companies from all over the world will participate in the Mobile World Congress (MWC 2020) to be held in February next month. South Korean company LG will also take part in this tech show. At the same time, it is expected that the company can introduce the next generation G-series smartphones at MWC.

It is expected that LG’s smartphone will be an upgraded version of G8 ThinQ, which the company will present as G9 ThinQ. The phone has some time to launch. However, tipster @OnLeaks and cashkaro.com have released LG G9 render and 360 degree video.

There is a horizontal camera system on the rear panel, which will be equipped with 4 cameras. If this happens, this phone will be the first LG smartphone to come with 4 cameras. At the same time, the company will have a 3.5 mm jack in the phone and a USB Type-C port in the bottom.

Apart from this, another special thing of the phone will be that it has a dedicated Google Assistant button provided to the users. The Volume up and down buttons can be seen with the power key on the left side. However, not much information has been revealed about the specification of the phone.

However, rumors are to be believed that LG G9 will come with Snapdragon 865 processor. It will also be the first smartphone in the G series to come with 5G connectivity. No information has been revealed at the moment about the price of the device.