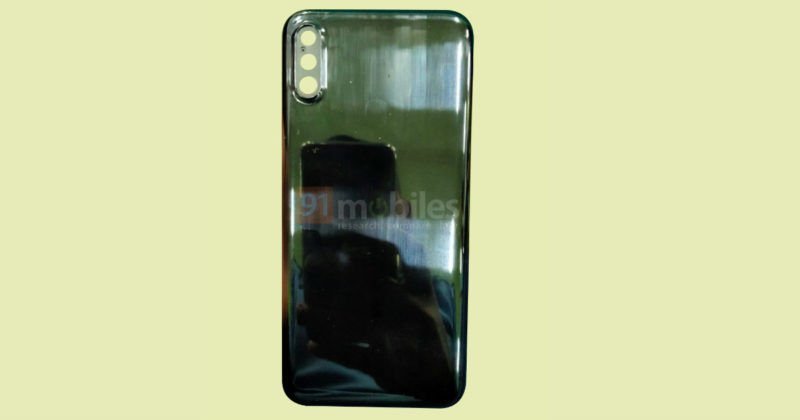 From the last few weeks, Samsung Galaxy A11 is buzzing in the headlines. Earlier leaks and reports have revealed that the front panel of the Samsung Galaxy A11 will be featured with a punch-hole display. Now, according to today’s report, the details about the back panel are also leaked. According to the exclusive photo of the rear panel of the Galaxy A11 smartphone, there will be the three rear camera setup in the phone.

The rear camera setup is arranged in the vertical shape and it is situated at the upper right side on the back panel. All three sensors are in the same line. You can spot the fingerprint sensor as well which is also visible on the back panel of Samsung Galaxy A11. In the photo, this phone is made on the polycarbonate body.

This Samsung phone has been listed on many certification sites so far. As of now, it has been revealed in various listings that the Samsung Galaxy A11 smartphone will come with Android 10 out of the box. For the performance, Samsung’s own Exynos 7 Series chipset with Octa-core processor will be used inside the hood. It is being said that there will be a sensor of 13 megapixels in the rear camera setup of the phone. However, in the recent leak, we have already seen the punch hole display in the phone. For power backup, there will a 4,000mAh battery. It is worth noting that this phone will be launched in India only in a low budget and the price of the phone can be close to Rs 10,000.

Also Read: Honor 30 series is arriving soon, might be unveiled in April 2020