Kena Bridge Of Spirits Mask Bug : How to Fix It? 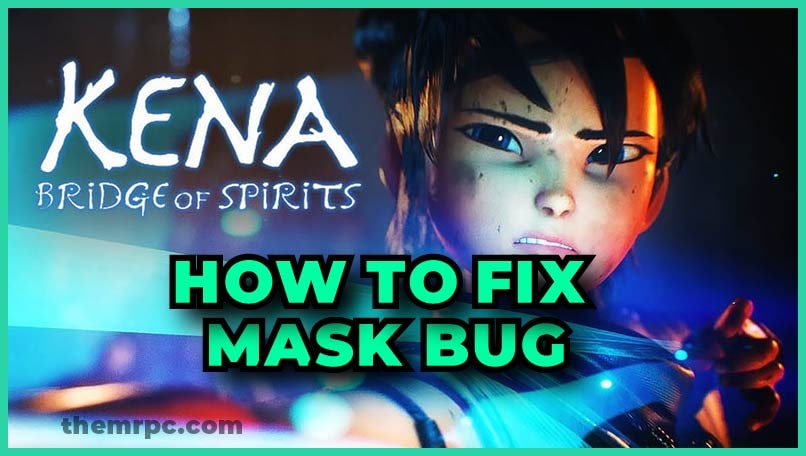 Kena: Bridge of Spirits is a fantastic game. It has gorgeous graphics, an interesting story, engaging characters, and fun gameplay. With all the good in the game, it’s not surprising that people are still playing it. When people are still playing games it means there are also still issues within the game. Kena: Bridge of Spirits has been released on PS4, and many players have been left struggling due to a bug. People reported issue comes in the form of a bug with masks specifically when trying to take them off. This bug prevents players from being able to remove their mask once they have put it on. In this guide, we will show you the solution to this issue ” How To Fix Mask Bug in Kena: Bridge of Spirits” so you can continue playing your games.

How To Fix Mask Bug in Kena: Bridge of Spirits

When you put on your mask in Kena: Bridge of Spirits, the game switches to a first-person view so you can look around and find important objects. However, you will be unable to move while you have the mask on, so if the game refuses to let you take it off, you are trapped. Okay, let’s deep into this guide and find out the possible way to fix Mask bug in Kena Bridge of Spirits.

As of now, the best option for users who experience this bug is to save and exit the game and then reload it. This game has an autosave feature which means players do not need to be worried that their progress data in the game will get lost or deleted, unlike most games out there. To ensure that you do not lose any progress, the game has an autosave feature you can use as a backup. You can access it by pausing and selecting “Load Last Checkpoint” and continue your adventure with no consequences.

The developers are well aware of the issue. They are currently investigating the cause of this bug, but in the meantime, you can try pausing and reloading to solve this issue.

You can also choose to try some alternative solution to fix this mask bug in the game. Below we are describing how you can do this.

Restart Your PS4 or PS5

If restarting your game doesn’t work, you can also try restarting your system to see if it fixes this mask bug. Some people have reported that restarting your PS4 fixes the bug. Just bear in mind that not all users got rid of it this way, but it’s worth a try. If that doesn’t work, try the game again later. Remember, these are the alternative methods. You can try these options if first solution not be able to fix the issue.

Wait For An Update from Developers

While the developer of Kena: Bridge of Spirits, Ember Lab, is working hard to provide a solution to the spirit mask bug, you can get in touch with them on their official Twitter accounts. You can see if there’s an update or patch coming by visiting their very own Official Twitter page. The developers are expected to come up with a patch once they solve the bug. You can expect things to be solved soon.

Kena: Bridge of Spirits is a fantastic experience that should delight players. It’s a game that’s effective at pulling the player into its mythological world right from the start, and then presents them with an engaging but not overwhelming set of gameplay challenges that are just challenging enough to require some thought but not so difficult as to discourage progress.

Though the title characters of the video game Kena: Bridge of Spirits can bend light to create attacks and traverse their various landscapes, most developer Ember Lab has to do is bend our perceptions a bit using the latest graphics technology. Using Unreal Engine 4, Ember Lab has crafted a unique world that is colorful yet magically foreboding at the same time.

Kena: Bridge of Spirits is a fantastic first effort from Ember Lab. Combining its pedigree of art and animation talent with solid gameplay and a good balance of action, platforming, puzzle-solving, and exploration. It builds some very creative levels around using your grappling hooks to pull you up cliffs and leap you over obstacles like an Indiana Jones-style adventure. The graphics are absolutely beautiful, as is the music and sound design. It makes Kena: Bridge of Spirits one of the most visually appealing titles.