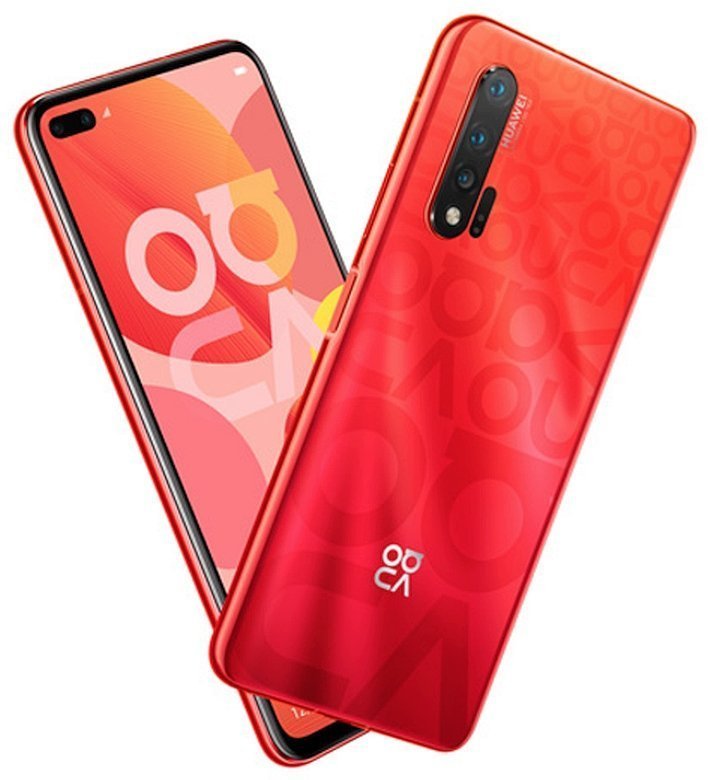 From the past few weeks, the 5G version of Huawei Nova 6 has been in the news. There are already some renders and leaks floating on the web which revealed its looks and design. The latest leak for the Huawei Nova 6 5G version comes from the very popular tipster Evan Bass (@evleaks).

The Evan Blass shared the rendering of Huawei’s nova 6 5G version on his private Twitter profile. The red color Nova 6 5G version used a brand new “nova” logo on its lower back. The word “HUAWEI” was moved on the right side of the camera.

The design is the same as we see in some previous renders except its branding logo at the back and a new color. The phone has a pill-shaped cutout punch-hole design at the front that houses two selfie cameras. We can see the three vertically aligned cameras at the rear panel with a ToF module. Recently, Huawei nova 6 has passed the network access license of the Ministry of Industry and Information Technology. It is reported that the Nova 6 will come in both a 4G and a 5G model. The Kirin 990 will power this flagship smartphone, which comes in an integrated 5G modem.

Other configurations of the phone are still unknown. The launch date for the phone is also unknown, but it is expected that the Nova 6 5G will launch in December.