Huawei New OS Will Be HarmonyOS.. Not HongMengOS 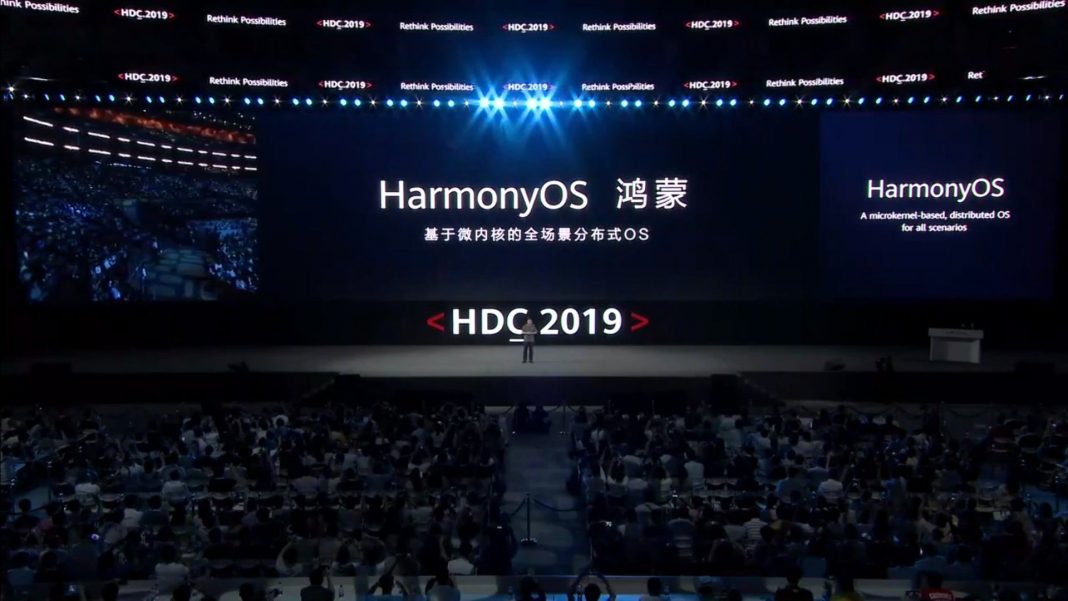 Finally, Huawei has unveiled a brand new OS namely as HarmonyOS at the Developer Conference 2019. Since a long time, we all have heard that the Chinese manufacturing giant Huawei is working on an Android alternative. We have also heard the name like HongMeng OS, Ark OS, Oak OS, etc. Now, it is official that it will be called as “HarmonyOS” as announced by the company at the Huawei Developer Conference 2019. According to Richard Yu, CEO of Huawei, “HarmonyOS is the first MicroKenel-Based distributed OS For all scenarios” HarmonyOS is a microkernel-based operating system which means it will use as few resources as possible, ensuring fast operating speeds and minimum latency levels. He also added that the HarmonyOS is designed to work on devices with RAM sizes ranging from kilobytes to gigabytes. This OS is compatible with HTML5, Linux, and Android apps also but there is more development needed yet.

The new OS uses Huawei’s ARK compiler. This support almost all programming languages like Kotlin, Java, Javascript, C, and C++. It’s open-source and also has a verified Trusted Execution Environment for better-connected security across multiple devices. So, to migrate to the new HarmonyOS “is not that difficult.”.

And finally from Richard Yu: #HarmonyOS will officially be OPEN SOURCE #HDC2019 pic.twitter.com/KK8NGNS0Py

#HarmonyOS was created with four major building blocks in mind, ensuring a new generation OS that is best suited for our digital world today. #HDC2019 pic.twitter.com/7vgEuwuUG6 Furthermore, The Company’s CEO, Richard Yu claims that HarmonyOS can be an alternative option to Android. But, for now, the company will stick to Google’s Android for the sake of users and Google’s extensive app portfolio. Further, he also added that “If we cannot use Android in the future, then we can immediately switch to HarmonyOS,”

Talking about this OS, Huawei said the development of had begun in the year 2017 and currently it is in version 1.0. Version 2.0 Android version 3.0 is scheduled for the launch in the year 2020 and 2021 respectively.

According to the reports, Huawei will launch Honor Vision TV in China Tomorrow that it is expected that it will be the first to comes with the HarmonyOS.