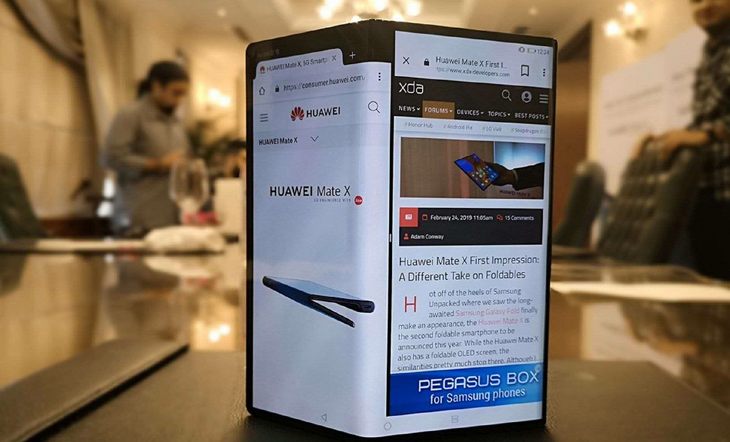 President of Huawei’s Product Division, He Gang, in an interview at the Nova 5 series launch hinted that Huawei Mate X will go on sale by the end of July or early August in China. Perhaps a wider rollout will begin in September.

It has triple camera setup. The Main camera sensor of this Huawei Mate X Foldable Smartphone is a 40MP main sensor with f/1.8 aperture, an 8MP f/2.4 telephoto lens, and a 16MP f/2.2 aperture ultrawide lens and a ToF 3D camera. The Mate X is also equipped with a side-mounted fingerprint reader.

Battery And Other Specifications: –

The device is running Android 9 Pie operating system based on the EMUI 9.1 custom UI. A 4,400mAh battery is used which supports 55W super-fast charging feature.