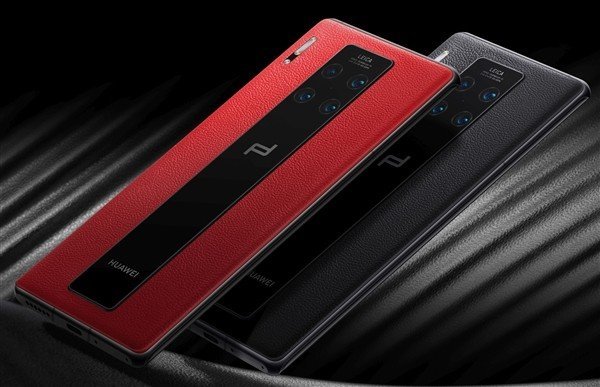 Huawei is all set to gear up for its Mate 30 Series launch next week. As of now, we all know there are two devices which will be announced at the launch event. But it seems there will be also the third one and that will be Huawei Mate 30 RS Porsche Edition. Last weekend, Huawei Consumer Business CEO & Managing Director, Yu Chengdong shared an 8-second long clip on his Weibo account which suggests that there will a special edition of the Mate 30 smartphone as well.

However, this is not the first time that Huawei is coming to with a Porsche-themed device. In the past, the Chinese firm has launched Huawei Mate RS Porsche Design with a triple camera setup in the center of the back panel.

We can see from the picture, a black and red variant of Mate 30 RS Porsche Design. The device has a four-rear camera setup, featured a racing stripe in the middle of handmade leather. The front has a waterfall fluid screen with 90 degree curved edges. We can see a slightly different physical volume button as well. Phone’s speaker and USB-C port are at the bottom part.

It is expected that Mate 30 RS Porsche will be same as the Mate 30 Pro. The only difference will be, it might include a slightly larger screen, Kirin 990 chipset with increased 12 GB RAM and higher storage capacity of 512GB to 1TB.

According to the rumor, Mate 30 Pro will come with a 6.8 inches AMOLED display with waterfall screen design and having the resolution of 1176×2400 pixels.

The device will be featured with Kirin 990 5G processor clocked at 2.86GHz. The smartphone will be packed with 4500mAh battery which supports 40W wired fast charge and 27W/30W super wireless fast charge.