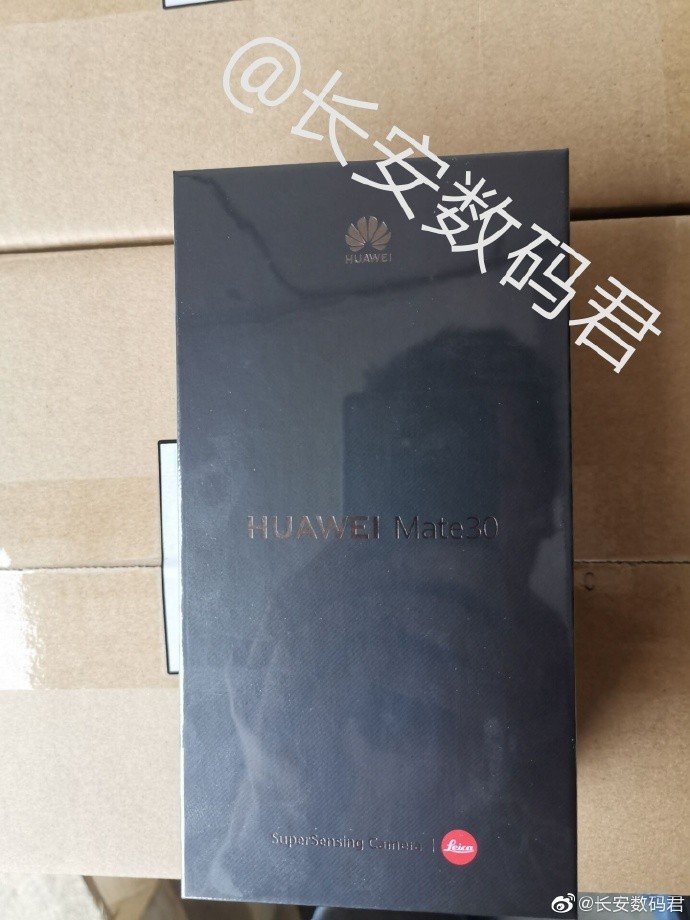 Huawei is all set to launch its latest flagship Huawei Mate 30 series on 19th September an event in Munich, Germany. Before the launch, a retail box of the Huawei Mate 30 smartphone appeared online. A popular Chinese tipster shared the pictures of the black + gold retail box of the device on Weibo which reveal some key specs of the phone. Looking at the front of the box its seems that the phone can “Leica” sensor for the camera module. Another side of the mate 30 retail box shows that the device has 6GB+128GB bright black model, the 3C model number is TAS-AL00, and the network access number is 02-5043-192491. This could be the lowest variant of the Mate 30 series. On the box, we can see that this is a TD-LTE version means no 5G model. It could be possible that the 5G version of the phone might be launch separately. Recall that the Huawei Mate 20X 5G version has an indication on its retail box that its a 5G phone. Thus, this is probably the LTE version.