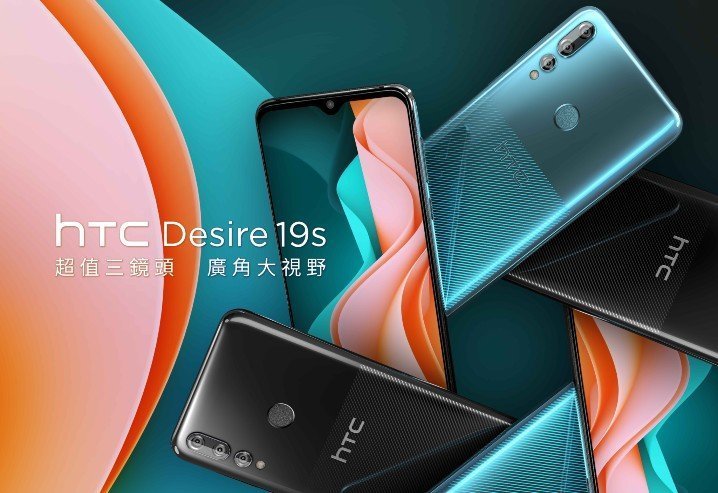 Continuing the similar appearance of the Desire 19+, this phone has triple camera setup at the back. It has 13MP + 5MP + 5MP setup same as desire 19+ but the ultra wide-angle lens is reduced to 5MP which was 8MP previously. HTC Desire 19s is also equipped with a 16 million pixel front camera for the selfies. It provides 118° super wide-angle, night-shot large aperture and other functions, and can be matched with high-order HDR. The effect of light shooting is 16MP in the front lens. The second is that the Desire 19s has a 3850mAh battery. The processor is an entry level and the endurance can be expected.

The HTC Desire 19s is available in 32GB versions and in two colors, “Yashi Black” and “Free Blue”. The price is NT$5,990 (approximately RMB1,376), which is officially launched today.