How To Solve Back 4 Blood Keyboard Input Freeze Issue

While playing Back 4 Blood one may encounter an error where the game becomes unresponsive. There are certain ways to solve this. This guide is to help you fix the keyboard input freeze problem in Back 4 Blood. 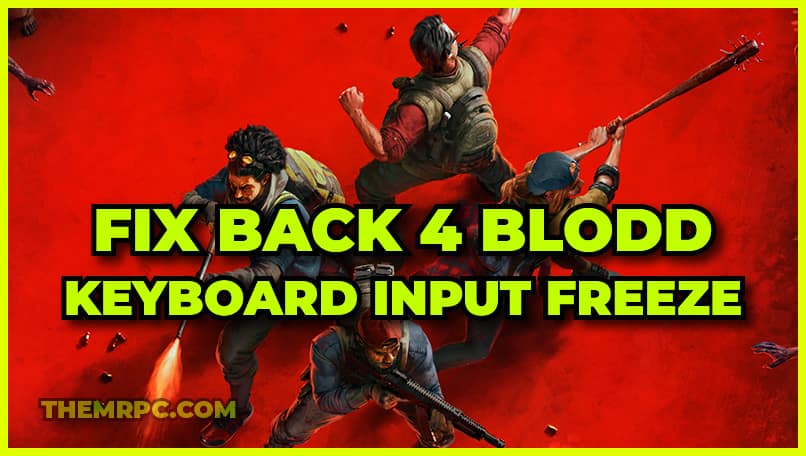 Back 4 Blood players having a lot of problems during playing the game. The keyboard input freezes the game whenever I try to input keys to play the game or use maped buttons. The purpose of this article is to give you all the details about this error and to let you know if it has been fixed yet. Let’s have a look at the details.

When a PC game crashes, it’s annoying, but when a user stutters through a long fight in their favorite MMORPG, they’re frustrated. There are many possible causes of crashing and stuttering, but they’re very different problems that can be solved with different solutions.

One of the most significant problems facing players is performance issues such as crashing and stuttering. Although stuttering and crashes can be attributed to a variety of causes, there exists a growing number of games that are not well-optimized for computers. These poorly optimized games make it hard to maintain a smooth framerate (FPS) and experience lag and choppy performance.

Gaming enthusiasts have been craving for a new online multiplayer zombie first-person shooter game. Well, the wait is over because Back 4 Blood delivers pretty much everything that people have been hoping for from a zombie-themed multiplayer video game. It is an online zombie-shooter that’s just as epic as the Left 4 Dead games.

Developed by the same company as Left 4 Dead, Turtle Rock Studios, the Back 4 Blood is a spiritual successor to the hit game. This new zombie game is from the publisher, Warner Bros. Interactive Entertainment. Talking about the availability, Early access is currently available for the game, and open beta is set to begin on the 12th. A release date has been set for 22nd October. Back 4 Blood is available on various platforms such as Windows, PlayStation 4, PlayStation 5, Xbox One, and also on Xbox Series X/S.

Getting back to the main topic of these articles, there appear to be some players experiencing game freezing and being unable to play the game. In addition, a large number of players are using Xbox Game Pass to play the game.

It is almost impossible to play the game due to an issue that players have experienced when playing. Whenever players press any key on the keyboard in the game, the game freezes and stutters. Conversely, the game works fine up until the moment when players press a key.

We hope to have an official fix for the freezing issue caused by keypresses available within a short period of time. Also, the devs are aware of the problem and have been hard at work on a solution.

At the earliest convenience, we will update this article with new information as it becomes available. Keep up with us on themrpc.com for more guides and information on new games.