How To Fix Battlefield 2042 When It Gets Stuck On Title Screen? 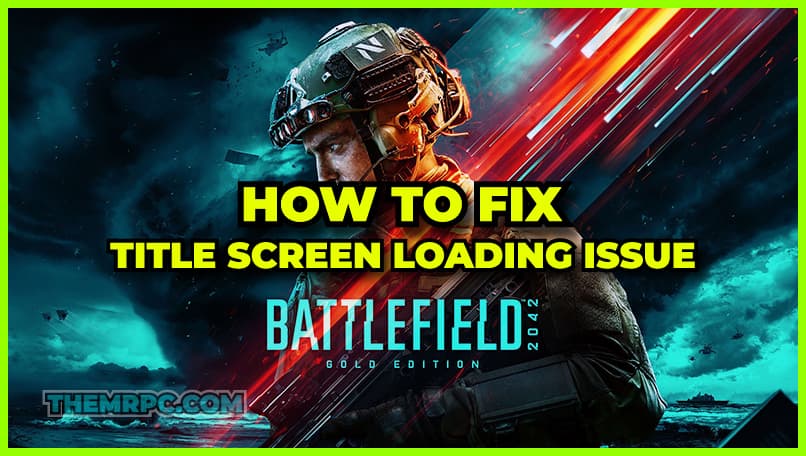 Battlefield 2042, which has been gaining immense popularity among gaming enthusiasts. This latest installment in the Battlefield series is heading toward its release, which is November 19th, 2021. Just before the actual release date, EA has released a new open beta version that lets gamers test the game before its official launch. This is a great opportunity for fans to test their skills and to offer insightful feedback to developers about any performance-related glitches they might find.

Now, Battlefield 2042 Beta has been out for a couple of days and while it’s got a lot going for it, like the same graphics and gameplay we’ve seen in the previous Battlefield titles, it’s got its fair share of bugs and annoying errors. Such is the case with this one – we’re seeing plenty of complaints by players who try to boot the title screen up but for some reason get stuck. This is not uncommon in betas and while we haven’t yet seen any official statement from EA regarding it, we do know that this issue exists and that there is a solution which can help you get past it.

The Battlefield 2042 Open Beta is marred by many bugs that are affecting players who are trying to get into the game. Players are experiencing an issue where they are not able to get past the game’s title screen. Most of these players are using a Xbox platform and they claim that this issue is related to the controller itself.

Some players have also reported that when shifting from an elite controller to a basic one, they no longer face any issues in the game. Although this is not a well-verified fix, you can give it a try if you are experiencing the same issues.

An earlier global error was also reported during matchmaking, but it’s unclear how many users were experiencing it. The suggested fix was to turn off cross-platform play, which seems to be an error with the servers rather than the game itself.

However, it appears that this bug has already been heard by the development team, so it’s only a matter of time before an authenticated fix is announced. We’ll keep you posted on the matter.

For now, keep an eye out for any future announcements related to this issue, as it reaches the ears of the app’s developers. If you are one of many users frustrated with this bug, don’t hesitate to voice your opinion on their social media channels.

How to Fix Stuck on Title Screen Bug in Battlefield 2042

What exactly is the problem? Basically, you had to press A or X (depending on the console) to move forward when you booted up the Battlefield 2042 beta. Sometimes, however, there is no response from the buttons. What can we do to fix this bug that prevents some PlayStation and Xbox players from accessing the beta? This is not only extremely frustrating (since there’s no official solution but to wait) but also aggravating (since no one knows what exactly a user should do to fix this title screen stuck at a loading bug on Battlefield 2042). However, you can try some unverified methods given below.

Once you do so, you’ll be able to press A/X and proceed to the next screen.

Normally, video game companies would be quick to patch up any glitches that their games might have. Unfortunately, EA is not known for its proactive approach to customer service or gaming quality assurance. Fans of Battlefield 2042 have been disappointed to see the amount of bugs and other issues in the game — the kind that can ruin a player’s experience, such as frequent crashes and glitches. Many fans are calling for the release date to be pushed back due to these issues, but Electronic Arts has maintained otherwise.

The Beta has had mixed feedback and players have complained that the game is often unplayable. However, this is a Beta and not the full game and EA needs to fix any major issues before release. No one knows whether the developers can fix everything in time for launch, but in any case, the game has its merits and flaws.

The game will be playable across all Windows, Xbox, and PlayStation devices through seamless cross-play functionality. This next title in the series of Battlefield franchise, which is scheduled to be released on November 19, 2021.

Previous article
Battlefield 2042: DirectX Error DXGI_ERROR_DEVICE_REMOVED | How To Fix It?
Next article
Whatleaks: How to Test the Effectiveness of Your VPN | A Beginner’s Guide to Make Sure Your VPN is Working?
Share
Facebook
Twitter
Pinterest
WhatsApp