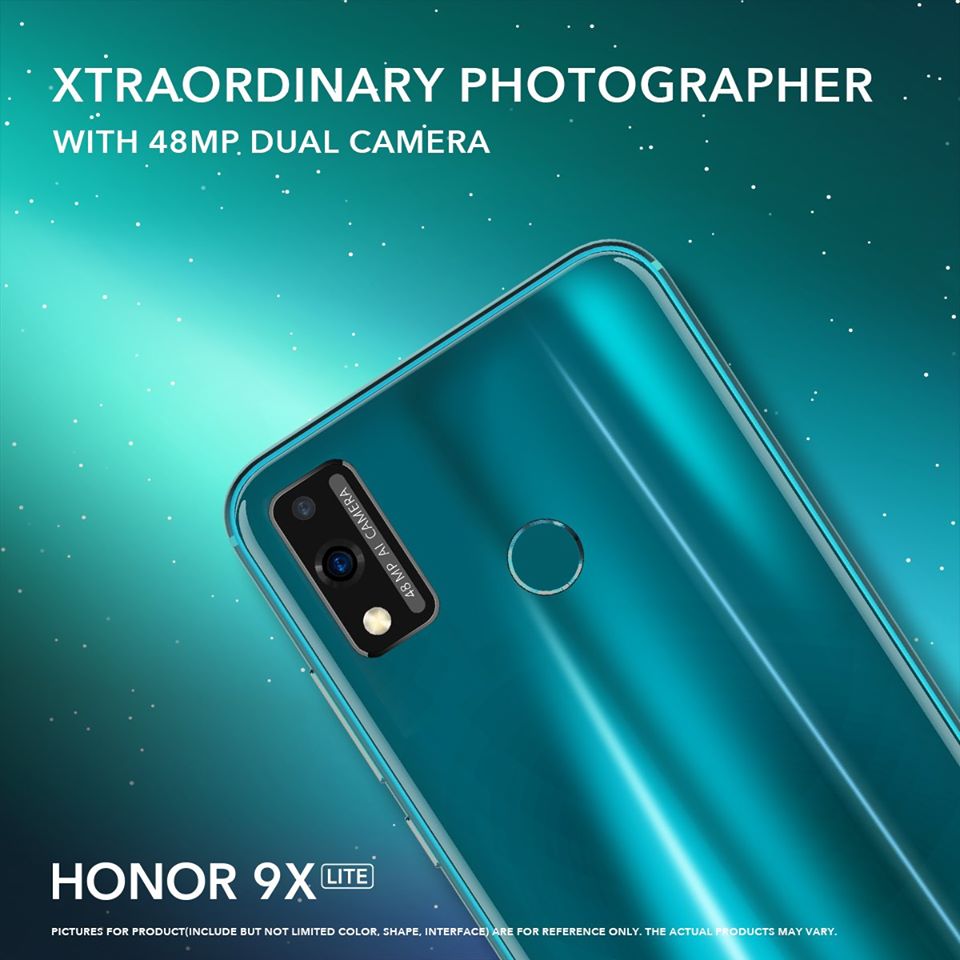 A few days back, a poster of a new Honor smartphone appeared online, which is called Honor 9X Lite. This poster revealed the design and the specs of the back panel of the smartphone. According to the report, the device will sport a dual rear camera module with a 48MP primary lens. However, the Chinese company has not given any statement about the launch of Honor 9X Lite yet. But as per info, the smartphone is listed on a Pakistani online shopping website called “Advance Store” and the available for Pre-Order Now. The price of the phone has also been mentioned on the shopping website.

According to listing, the price of Honor 9X Lite is as 31,999 Pakistani rupees (about 14,900 Indian rupees). As the smartphone is spotted on the Pakistani online shopping website, so it is expected that this phone will also arrive in the Indian market soon. Apart from the price tag, the full specification of the Honor 9X Lite is also revealed on the website.

According to the reports, Honor 9X Lite will have a 6.5-inch fullview display that supports a screen to body ratio of 91 percent. Honor 9X Lite will come with the latest Android 10 which is based on EMUI 9.0. Looking at the performance, Huawei’s will have a Kirin 710 Octa-core processor inside the device body for processing.

The listed model of the Honor 9X Lite has a 4 GB RAM and 128 GB internal storage. Talking about the photography segment, Honor 9X Lite supports a dual rear camera setup that is located on the upper right side on the back panel. The camera module is in the vertical rectangular shape, which houses the two camera sensors with a flashlight which is provided below the rear camera sensors. This phone supports 48 megapixel primary sensor and 2 megapixel secondary sensor. You can find a text written to the left of the module as “48MP AI Camera” .

According to the listing, the 48MP primary rear camera sensor of Honor 9X Lite will have an F/1.8 aperture and support the PDAF feature. The secondary sensor is an F/2.4 depth sensor. On the front, the phone has a 16MP camera with an F/2.0 aperture for the selfie and video calling. The rear fingerprint sensor is mounted on the back panel of the phone. This phone will have a 3,750mAh battery for power backup.

It is worth noting that the company has not given any official statement regarding Honor 9X Lite. Therefore, nothing can be said about how long this phone will come to India. At the same time, the specifications of the phone surfaced can also not be confirmed yet.