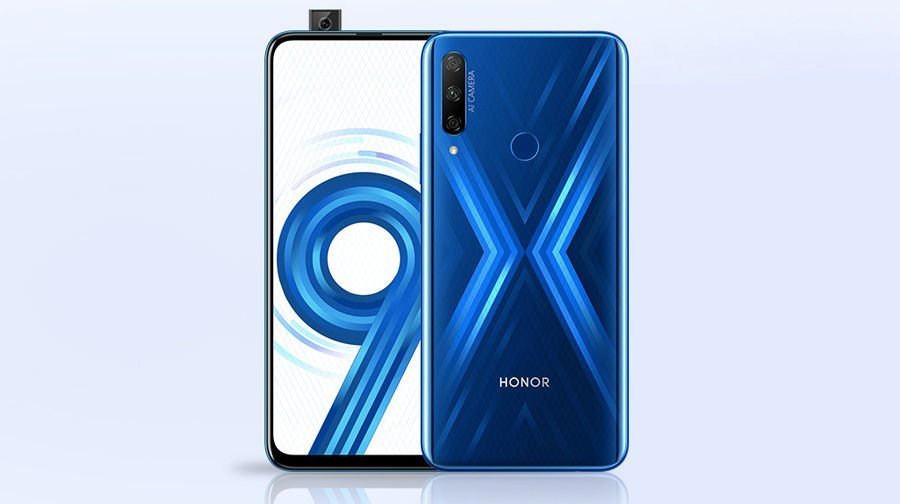 Its been long time that Honor did not launch any smartphone in Indian market. Today, The company has launched a new smartphone Honor 9X under its ‘X series’. This smartphone is the successor of Honor 8X which was introduced in the year 2018. The device comes with a great look, big battery and pop-up camera. The initial price of Honor 9X will be Rs 13,999, and it will go on sale from January 19th in India.

Honor 9X features a Bezel-less Fullview display. The device does not come with a notch on the front panel of the phone. Honor 9X will use a pop-up selfie camera comes out from the left side on the upper panel of Honor 9X. The three corners of the display are bezel-less and a bezel present at the bottom.

Talking about the specs of the phone, Honor 9X will get a 6.59-inch FullHD + OLED fullview display with 1,080 x 2,340 pixels resolution. This smartphone will operate on Android 9 Pie based EMUI 10. Huawei’s Kirin 710F chipset octa-core processor clocked at 2.27 GHz clock speed will be powering the device. There is also a GPU Turbo 3.0 feature in this phone for to enhance gaming and graphics.

On the camera department, Honor 9X supports triple rear camera. The back panel of the phone has a 48-megapixel primary Sony IMX586 sensor with F / 1.8 aperture with LED flash. In addition, this phone supports 8-megapixel wide angle lens and 2-megapixel depth sensor. Similarly, Honor 9X has a 16-megapixel pop-up camera with F / 2.2 aperture for selfie and video calling.

Looking at the other features of the phone, it has 3.5mm jack, USB type-C port and comes with dual 4G lte support. This phone also comes with face unlock technology. For the long use of the phone, Honor 9X has a large battery of 4,000 mAh.

Honor 9X has been launched in two variants. The base variant of the phone comes with a  128 GB of internal storage with 4 GB RAM memory while the larger variant has 128 GB of internal storage with 6 GB of RAM. Talking about the price, 4 GB RAM + 128 GB storage variants have been launched at Rs 13,999 and 6 GB RAM + 128 GB storage variants of the phone have been launched at a price of Rs 16,999 in Indian market. Honor 9X will be available for sale on the company’s website and shopping site Flipkart from January 19. You should know that as a launch offer, this phone can be purchased for a limited time with a discount of Rs 1,000.