A lot of users have complained about Black Screen flickering, tearing, or freezing after playing Gotham Knights on their PC. I am sure you have encountered this problem at least once during the course of playing a game. But you can look into some easy ways to fix the issue. 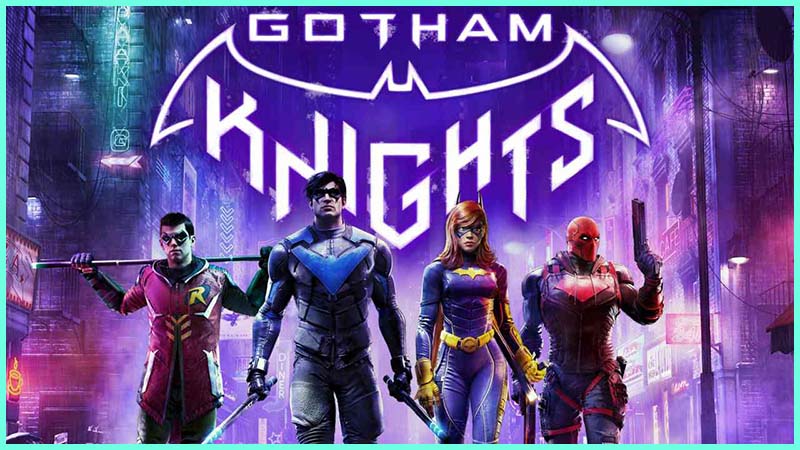 Gotham Knights is finally released on various platforms, and it is getting mostly positive reviews on Steam from PC players. The game is getting a lot of attention from people who enjoy it, as it is different from the Batman games, and it does not get the same old same feelings! Combat is fast, the graphics are great, and gamers are absolutely loving the cinematic scenes. People who have a lifelong love of Batman will definitely want to buy it. However, it was a pleasant surprise to find it offered an enjoyable gaming experience. There is no doubt that the game offers a fantastic gaming experience, but how would you feel if your gaming experience were ruined by issues with the game itself? Gamers on PC are having difficulties launching the game because they are seeing a black screen.

It is frustrating, but thankfully, we have put together a comprehensive guide that will help you to fix Gotham Knights black screen issue.

This game is different from what you expect to be a follow-up to Arkham Knight, and there needs to be more information about it. Gotham Knights is not an Arkham game. Arkham doesn’t belong to the same universe or continuity.

GK has a strong, clear influence from the earlier Batman games. This is what is causing confusion. It shares similarities with Arkham but does something entirely different, so it’s not quite as smooth as an Arkham game. In contrast to Batman games, it starts you off with less and offers specialized characters to choose from rather than one Bat-God you can use to incinerate the city.

There are lots of cool things about this game, including a large number of content options, high-quality narration, and it offers a good look at one of the few decent DC entertainment products we will ever see. Except for crashes, there haven’t been any optimization issues. It’s not for everyone, especially if you don’t like slower paces and grind.

As for the errors and bugs in the game, if you encounter the Black Screen at any time during the game or midway, you may feel frustrated. There are a number of ways we can help you resolve the Gotham Knights black screen issue. Below is a list of them.

Solution 1: Restart Your PC or Game

You may encounter crashes or black screens when playing a game due to temporary bugs or errors on your system. The Black Screen could be an indication that your game or PC requires a reboot. A game may also crash if background applications are running. That is why it is always recommended that you restart both your PC and game in order to resolve this issue before you go for any other. Try restarting the system to see if the game works.

Many gaming performance monitoring applications offer overlay features that allow you to monitor your system’s performance, including CPU utilization, GPU load, fan speed, chat, temperature, and frame rate. With the help of this real-time information, you will be able to determine what program or software is causing your gameplay to slow down or where your system may appear to have difficulty playing certain games. However, sometimes overlays can lead to various performance issues and errors instead of providing a better gaming experience. A crash may occur if one overlay clashes with another while playing Gotham Knights.

It can be very problematic for you to play your favourite games, such as Gotham Knights, if discord, steam, or Geforce are being used. Using these apps can be a real nuisance, so if you are using them, it would be best for you to disable them and then get back to playing. Once you have completed playing Gotham Knights, you can reopen these apps.

As part of its development, the developer releases frequent updates in order to improve performance, stability, and add new features. It is common for players to become so engrossed in a game that they play it repeatedly without paying attention to updates. In some cases, a game’s old version may also cause bugs or problems. If you are playing a game like Gotham Knights for example, you may encounter problems such as the Black Screen issue if you are not aware that new game updates are available. Make sure that your game is updated if you are playing on a PC using Steam or Epic launcher. Sometimes, all it takes is an update to resolve an issue.

The feature that allows Steam to verify your game’s files was exclusive to the Steam client for a while. It basically checks if there are any missing or corrupted files in your steamapps folder.

Steam has the responsibility of checking the game file to make sure that no files are missing, and after it finds any files that are missing it automatically downloads the missing files for you. So to fix black screen issue in Gotham Knights, verify the integrity of the game files by going to Steam > Library > Gotham Knights> Properties> Local Files > Verify Integrity of Game Files.

Solution 5: Get The Latest GPU Driver

In some cases, not updating your GPU drivers can cause your game to display a Black Screen, such as Gotham Knights.If you notice one or two of these problems, update your GPU drivers.

Additionally, if you have any background tasks running on your computer that aren’t necessary, then you should close them and make sure that they aren’t using any more resources on your computer. A black screen or a freezing screen in games are sometimes caused by background programs that are running in the background.

This is simply because in some cases, background apps can fill up your RAM and game will probably crash or show black screen during the game. However, the system should continue to run Gotham Knights, Steam, as well as other tasks that are associated with it.

The next step is to turn down the graphics settings in the game on your PC in order to determine if you are able to solve the black screen issue. When your game is overloaded with video quality, it results in errors such as the Black Screen problem. In the Gotham Knights display settings, you can turn off various effects such as texture details, shadow effects, v-sync, anti-aliasing, etc. This should result in a higher FPS, fix black screen issue and should result in a smoother running game.

The purpose of Windows Update is to keep Windows and several other Microsoft programs up-to-date.

In addition to feature enhancements in Windows updates, Microsoft also releases security updates throughout the year to protect it against malicious attacks and malware.

Using Windows Update, you can also access the computer’s update history, which will show all the updates installed through the Windows Update service since the last time you used the computer. Some Microsoft products can also adversely affect gaming performance.

As a result, it would be important to check for any Windows updates that are available very often to fix or avoid black screens or any other kind of issue arising in Gotham Knights or any other game.

Playing multiplayer games, participating in certain features, or perhaps reaching certain checkpoints may cause your Gotham Knights Black Screen to tear. Make sure your internet connection is working properly before continuing. The graphics configuration in the game may be a contributing factor to these problems. So anyway, this concludes our article about how to fix Gotham Knights’ Black Screen issue. Keep following for more content like this. Hope you enjoyed it. Happy Gaming!