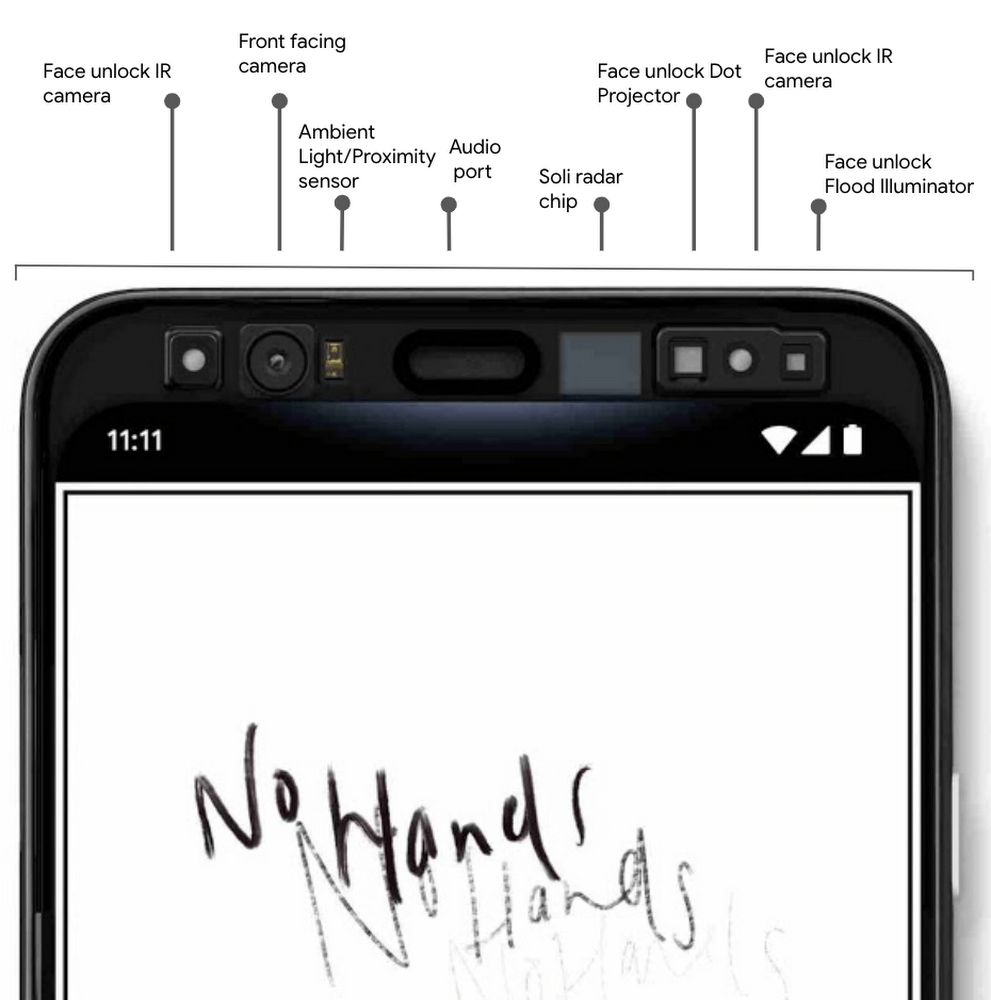 In Google’s latest blog post, Brandon Barbello, the product manager of Google Pixel Smartphone reveals that the upcoming Pixel Smartphone will be featuring with face unlock and motion sensor. A couple of months ago, Google said that they are working on it’s upcoming Google Pixel 4 smartphone. And in its recent blog post, they share the early image of its new Pixel smartphone. Two new features are adding including Motion Sense and face unlock. Speaking on the Motion Sense Technology, motion-sensing radar chip namely as “Soli Chip”, which is located at the top of the body of the phone. Google said they were working on this motion-sensing radar chip “Soli” under Advanced Technology and Project Team (ATAP) from past 5 years. This technology is the same as radar Technology. As it has been using for decades to detect plane and large objects. They have developed a miniature version Which can sense small motions around the phone, combining a unique software algorithm with advanced hardware sensor so it can recognize the gesture and detect when you are nearby.

Which new motion-sensing feature allows the user to skip songs, snooze alarms and silence phone calls just by waving a hand. And Google Pixel 4 will be the first smartphone that is going to use this technology.

The second major feature added in the pixel 4 is Face unlock. The face recognition system is not the same as we have on third party Android manufacturing devices Nowadays. It is something similar to the face unlock set up in Apple’s iPhone X and Huawei Mate 20 Pro. Other third-party Android manufacturing devices, you need to put your face at a certain angle to get unlocked.

Now, in pixel 4, a dot projector which will scan a 3D map of your face. An IR camera and flood illuminator. As you reach for Pixel 4, Soli proactively turns on the face unlock sensors, recognizing that you may want to unlock your phone. If the face unlocks sensors and algorithms recognize you, the phone will open as you pick it up, all in one motion. Put your face at any orientation, the face unlocks will work perfectly. Even, If you are holding it upside down.

Further, it is also added that the image which is used for the face unlocking purpose, will never be saved or shared with other Google services. Face unlock uses facial recognition technology that is processed on your device. Hence, For the protection of user’s privacy and security, all face data is equally stored in pixels Titan M security chip.