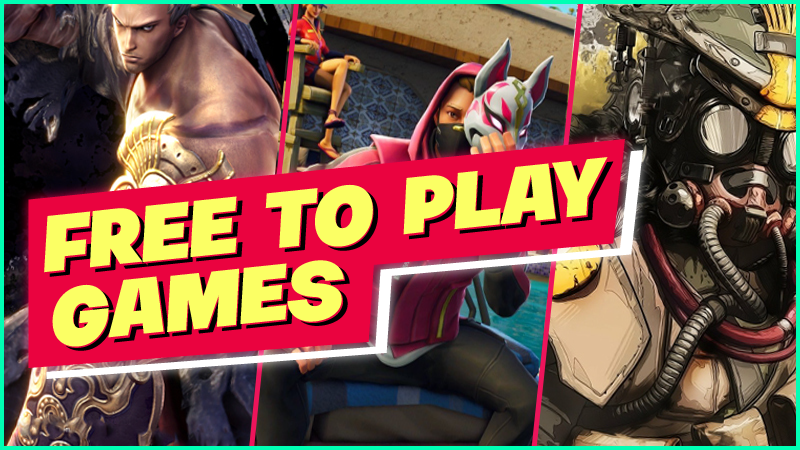 The best free-to-play games offer new players the chance to learn more about different genres, improve their skills, or simply pass the time. Today we have rounded up some of the most popular free-to-play games that will help you get into gaming in no time. These games have an entry point that is free of charge. However, if you want to spend a bit of cash on in-game currency, that is completely up to you. Keep in mind that is not required with the best free-to-play games out there, so there is no point holding back.

There is hardly anything that can top the intense warfare offered in the original World of Tanks. Its multiplayer matches are massive and as a result, teams constantly look for ways to gain tactical positions over one another by firing long-range shots and protecting their allies. You will encounter a variety of challenges that you can conquer to earn points, gain rewards, and maximize your potential. Enjoy an enhanced gameplay experience with new warning systems, smoke grenades, and much more. This massively multiplayer online game was developed by Wargaming and it focuses on player vs player gameplay, with each player being in control of an armored vehicle.

Fortnite is a free to play cross platform battle royale game that has numerous game modes for players to engage with. It’s one of the many f2p games that you can find online. Free games like this allow you to have a seamless gaming experience while connecting with players across the globe without any cost to yourself. Fortnite changes its map and seasons regularly, ensuring that there is always something for everyone to enjoy, and keeps the content fresh and ensures that the player base stays high.

Apex Legends will take you to an immersive universe, where you can explore a growing roster of powerful Legends, each with their own unique strengths and abilities. This game was designed to modernize the genre with reduced downtime between matches. As a result, anyone who is new to battle royals can learn more about the progression of a match. In addition, death isn’t permanent, which means you can revive fallen players. You also have the chance to master an expanding assortment of weapons and game-changing equipment in a variety of environments.

Blade & Soul has increased in popularity massively since its launch in 2016. There are new classes, zones, and frequent events that have kept players busy. It is a Korean fantasy martial-arts massively multiplayer online role-playing game with unique characters that explore the world and complete various quests. The game also uses a real-time battle system in the third-person camera view. Players have access to a wide range of customization features, including facial structures, hairstyles, eye color, height, as well as facial markings and makeup. At first, you will begin with a player vs environment combat, which may be followed by player vs player combat later in the game.