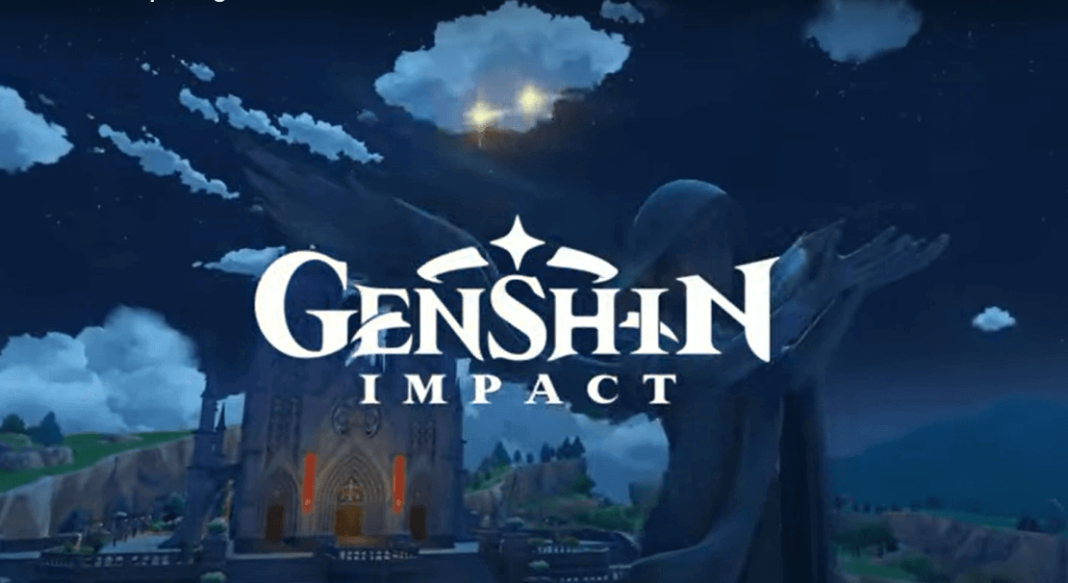 miHoYo released the update 1.40 for Genshin Impact on March 17, 2021. The Genshin’s Invitation of Windblume Update 1.40 (PS4 version) is now available to download. Download file size will vary depending on the platforms. On the PS4, the download file size is 7.6 GB approx.

You can see the full patch notes for Invitation of Windblume Update 1.40 for Genshin Impact below.

Maintenance Compensation: Primogems ×300 (60 Primogems per hour the servers are down)

Please claim before the end of Version 1.4.

Our developers will distribute compensation to Travelers via in-game mail within 5 hours after the update maintenance is finished. The mail will expire after 30 days, so don’t forget to claim the attached compensation in time.

How to Update Game Client

Android: Open the game and follow the directions on-screen.

Please do not hesitate to contact Customer Service if you encounter any issues installing the new version. We will do our very best to resolve the issue.

◇ A sister of the church, though you wouldn’t know it if it weren’t for her attire. Known for her sharp, cold words and manner, she often works alone.

◆ Elemental Skill “Ravaging Confession”: Quickly maneuvers behind the enemy (except for some large enemies) and unleashes an attack that deals Cryo DMG. Elemental Burst “Rites of Termination”: Casts an Ice Lance into the ground that deals periodic bouts of AoE Cryo DMG.

◆ Take part in the Invitation of Windblume event for a chance to obtain the event-exclusive weapon, Windblume Ode.

*Alley Hunter (Bow) will appear in a future Event Wish.

Take part in Version 1.4’s flagship event “Invitation of Windblume” for a chance to obtain the bow, Windblume Ode.

◆ Event Rules: Take part in challenges during the Windblume Festival to obtain two currencies: Festive Tour Tickets and Peculiar Collab Coupons. Spend these currencies at the Event Shop to purchase the event-exclusive weapon Windblume Ode and its exclusive refinement material “The Visible Winds,” as well as the Crown of Insight and more.

◆ A series of Windblume Festival quests will become available during the event period. Four acts of “Festive Anecdotes” will unlock over the course of the event, each bringing new quests. Complete these quests to win rewards including Primogems, Character EXP Materials, and Mora.

◆ After the Version 1.4 update, the new “Hangout Events” feature will be added to the game. Travelers who reach the required Adventure Rank and complete the prerequisite quests will be able to unlock Hangout Events for Barbara, Noelle, Chongyun, and Bennett using Story Keys. (Each Hangout Event requires 2 Story Keys to unlock.)

◆ The Archon Quest “Chapter I: Act IV – We Will Be Reunited” will become available at a later date. Stay tuned for more information.

◆ A total of 8 world quests will become available over the course of the Windblume Festival.

New Elite Monster: Abyss Herald – Wicked Torrents (In Version 1.4, this monster will only appear in the Archon Quest)

An Abyss Order monster that uses a dark power to command warped torrents in battle.

Some of its attacks increase the CD of characters’ skills if they are currently in cooldown.

New Achievements: Additions to the “Wonders of the World” category

Adds a new events/new content summary page to the mobile version of the game.

In Co-Op Mode, Travelers can now see the idle animations of teammates’ characters.

Characters possess an ATK-increasing Windward Aura that can increase their ATK by a maximum of 60%. For every opponent who steps within the Aura, the Aura’s effect is decreased by 25%. When 4 or more opponents are within the Aura, this effect will not provide an ATK increase.

Hitting an opponent with a Plunging Attack decreases their DEF by 40% for 10s.

※ There will be no change to the reset times of the Spiral Abyss and Blessing of the Abyssal Moon. These remain the first and sixteenth days of each month, respectively.

Optimizes the order of item drops: More valuable items will appear earlier in the list.

Optimizes the Spiral Abyss challenge: Challenges can be restarted mid-stage; Elemental Resonance effects can be viewed from the character selection screen; adds the option to exit before entering the next floor.

Optimizes the visual effect in Co-Op Mode when the camera makes contact with a teammate or NPC.

Optimizes camera close-up transitions in some domains and quests.

Optimizes the Original Resin replenishment screen: Travelers can view the quantity of Fragile Resin they own and decide which item to replenish Original Resin with more easily.

Travelers can download any additional voice-over languages they wish to use from within the game.

The Chinese voice artist for Amber is changed.

Adjusts the Chinese and Japanese voice-over for certain characters.

Optimizes the sound effects for certain character skills and environments.

Optimizes the playback setting for the sound effect when characters take damage.

Adjusts the appearance of Rosaria.

Fixes an issue whereby some characters who have not hit a target with an attack can jump while returning to a standby pose and thus perform a Plunging Attack.

*Additional Note: We are paying close attention to the possible impact of other operations that can produce the same effect. If we have plans to change them in the future, we will announce that as soon as possible.

Fixes an issue in the Spiral Abyss whereby after reconnecting to the server, buffs provided by Benediction of the Abyss may stack incorrectly.

Fixes an issue with the Domain “Enter the ‘border’” whereby characters may skip certain parts of the process under specific circumstances.

Fixes an issue whereby the boss Stormterror does not take certain types of damage.

Fixes an issue with the Childe boss fight whereby Childe may be Frozen or Petrified in the third phase of the battle.

Fixes an issue whereby some special effects do not scale properly for large monsters.

Fixes an issue whereby characters’ shields may disappear when within the range of the shield created by the Geo Hypostasis boss’s energy cube.

Fixes an issue whereby Abyss Mages or Fatui Cicin Mages may incorrectly activate pressure pads while their shields are active.

Fixes an issue in Co-Op Mode whereby after a large slime jumps, it still takes DMG if the location from which it jumps is attacked.

Fixes an issue in Co-Op Mode whereby after other players enter the world, monsters affected by an element may display the wrong elemental symbol.

Fixes an issue in Co-Op Mode whereby multiple players’ characters can sit in the same location.

Fixes an issue whereby a character who is sitting down may be lifted up by the crystallized platform generated by a Solar Isotoma.

Fixes an issue with Tartaglia whereby after applying the Riptide status to a monster, removing the character from the party and adding him back in may incorrectly trigger the Riptide effect that was previously applied.

Fixes an issue with Qiqi’s animation on the Dressing Room screen.

Fixes an issue with Qiqi whereby casting the Elemental Skill “Adeptus Art: Herald of Frost” in the same location multiple times consecutively may cause the skill’s effects to disappear.

Fixes an issue with Fischl’s Passive Talent “Undone Be Thy Sinful Hex” whereby it has a small chance to target Oz.

Fixes an issue with Xiao whereby even if his Lv. 1 Constellation “Dissolution Eon: Destroyer of Worlds” has not been unlocked, there is still a chance that the Elemental Skill “Lemniscatic Wind Cycling” may be cast three times in succession.

Fixes an issue with the Traveler whereby jumping or sprinting while casting the Elemental Skill “Palm Vortex” stops the Talent “Second Wind” from being triggered properly.

Fixes an issue with some of Benett’s movements and facial expressions on the Character Screen.

Fixes an issue whereby when Klee leaves the field just as the duration of her Elemental Burst “Sparks ‘n’ Splash” is about to end, her Lv. 4 Constellation “Sparkly Explosion” does not correctly take effect.

Fixes a visual issue with characters’ shields whereby after reconnecting to the server, the shield may incorrectly remain. (Note: This is not an issue with the functional effects of the shields, which work in-game as intended.)

Fixes an issue whereby when a character uses a Plunging Attack, they may become obstructed by a Geo construct and unable to perform any other actions.

Fixes an issue whereby if a character is hit by a monster while jumping, the character may be launched far away.

Fixes an issue whereby performing a Plunging Attack may not reduce the fall damage sustained by the character as intended.

Fixes an issue whereby character animations may be incorrect when walking up and down steps.

Fixes an issue with Noelle’s Passive Talent “Devotion” whereby its cooldown does not function correctly.

Fixes an issue affecting characters with shield skills whereby generating a shield, then switching character, then removing the character who generated the shield from the party may cause errors with the shield’s duration.

Fixes an issue whereby closing the PC game client while a character’s shield is active then logging back in to the game may cause errors with the shield’s duration.

Fixes an issue whereby when certain characters use a skill to defeat the second phase of the Childe boss, the skill effect does not correctly display in the third phase of the boss fight.

Fixes an issue whereby multiple instances of a single character may appear in the Character Showcase.

Fixes the color of the dialogue option “I’d like something” with Master Zhang in Liyue Harbor when a forging task is complete.

Fixes an issue whereby the Compare function on the Weapon Selection screen may not close correctly.

Fixes an issue with the Parametric Transformer gadget whereby after adding the required quantity of materials, it is still possible to adjust the quantity of other materials that have not yet been added.

Fixes an issue with the Destroy function whereby the information on which character has which weapon/artifacts equipped may not be up-to-date.

Fixes an issue of incorrect Japanese and English voice-over in certain quests.

Fixes an issue in single player mode whereby pausing the game by opening the menu may cause the Elemental Reaction trigger mechanic to not function correctly.

Fixes textual errors and display issues in Spanish, Korean, French, and Indonesian and optimizes the localization of text. (Note: Related in-game functions have not changed. Travelers can view the changes in different languages by going to the Paimon Menu > Settings > Language and changing the Game Language.)