Far Cry 6: How To Get Boom Boom Amigo? | Complete Guide 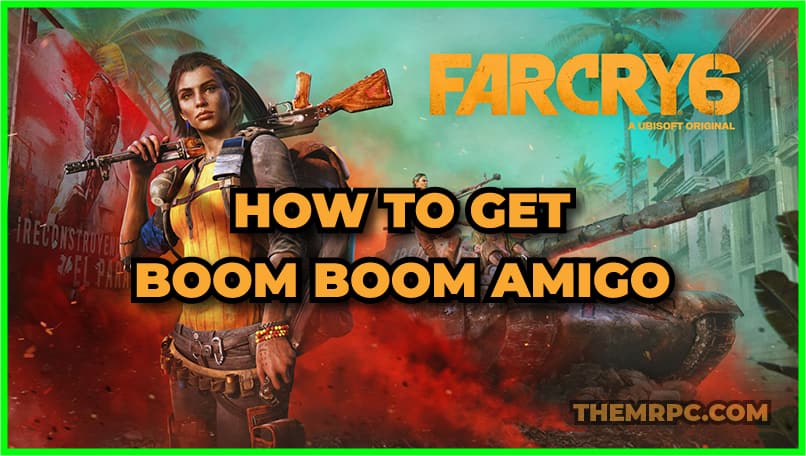 Boom Boom, the dog is an Amigo and a loyal friend in Far Cry 6. He’s so loyal and fun to have around that we teamed up with Ubisoft to bring him back for more adventures in the fictional Caribbean island Yara. He is an adorable dog that will cheer you up with his big, wagging tail and adorable face. This loyal dog will fight by your side, always help you to get more loot and complete your missions and collect rare resources for you. In his pet form, he makes a great addition to any home. In the previous game, the dog’s name was Boomer, and he helped players throughout Far Cry 5.

There are several Amigos throughout the game. Each character has different abilities, as well as a way to obtain them. Far Cry 6’s story follows a guerilla fighter girl called Dani Rojas and her fight against the cruel dictator, El Presidente. Throughout their journey, players will explore the island of Yara and complete objectives.

Save time on that annoying “loot retrieval”! You won’t notice Boom Boom until he’s on the scene. Boom Boom is your back-up friend. He is a Stealth Amigo and will help you retrieve the loot from a dead body. You can also upgrade him with extra abilities.

To Get Boom Boom in Far Cry 6, Follow These Steps:

Boom Boom is located at the Valle de Oro. You must first complete the mission Boom or Bust (given by Juan Cortez) to gain access to Boom Boom. To start the Boom Or Bust Quests, head to Camp Maximas and read the note pinned to the large wooden pole in the center of town. It reads, “The Shipment From Montana”.

Far Cry 6 is the latest edition of the famous video game launched by Ubisoft. It was released on 6yh October, 2021. This game is currently available to play on different platforms such as Google Stadia, Xbox Series S, Xbox Series X, PlayStation 5, PlayStation 4, Microsoft Windows and also on Amazon Luna. To learn more about Far Cry 6, click here.