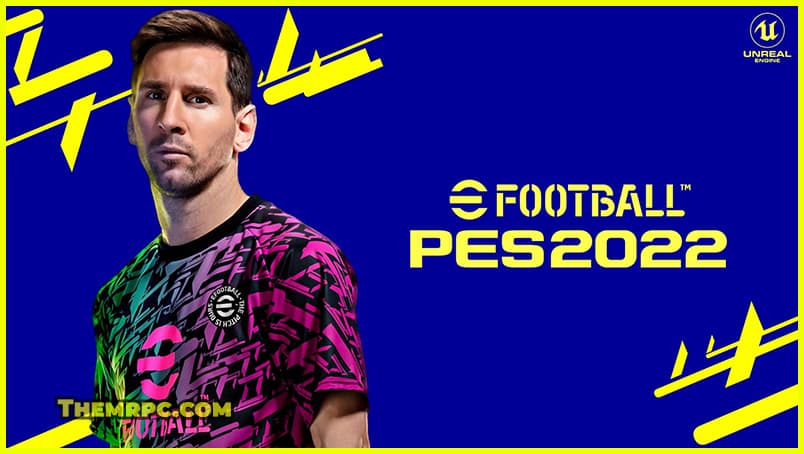 eFootball 2022’s 0.0.9.1 update is now available and we have the full patch notes. With tons of bugs fixed and stability improvements, the new update is finally here after being delayed in October.
Here is all the information that you need. Now you can download eFootball 2022 version 0.9.1 for all platforms.

■ Fixes
・ The application may crash due to an error.
・ Some players are shown as a floating suit, or disappear entirely, in the pre-match cutscene.
・ Some players may be shown wearing a suit in the Select Strip menu.
・ The lighting in the Select Strip menu may not work as intended.
・ Background objects may appear blurry in the pre-match Select Team menu.
・ Some objects may not be displayed during the pre-match cutscenes due to slow loading times.
・ Players’ arms clip into each other in an unnatural manner during pre-match national anthem scenes and post-match victory scenes.
・ Pitch grass is not shown three-dimensionally during the pre-match cutscene.
・ Objects, such as pitch-side cameramen, may disappear during goalscoring scenes.
・ Some advertisement boards located around the pitch may display an erroneous image.
・ Some elements, such as the cameraman model, may clip into stadium structures during cutscenes.
・ Some commands stop working correctly if the ‘Physical Defending’ command is attributed to a different button from the initial setting.
・ The transition performance (wipe animation) that should appear before a replay may not display correctly.
・ The referee may be shown as being trapped on the surface of the pitch during a match.
・ The wrong scene may be displayed for a moment when a match scene changes.
・ Players fail at trapping low arc passes coming from a corner kick.
・ Players (aside from the set piece taker) may run through the advertisement boards and out of the field during a corner kick.
・ The set piece taker may grab the ball in his hands when he is about to kick it during a corner kick.
・ During a goal kick, the goalkeeper is shown kicking the ball in a position that is far away from it. This is triggered if a Position Shift command was performed before the kick.
・ Some commands fail to have effect when they are inputted at the same time a cursor change command is inputted during a match.
・ The player may miss the ball completely when attempting to shoot.
・ If the ball is cleared just as it crosses over the goal line into the goal, it may incorrectly be judged as not having gone in.
・ Some players may suddenly disappear during a match.
・ The player substitution cutscene is sometimes shown under the wrong conditions.
・ The referee and players may start gliding around when idling before kick off.
・ Replays do not play when a quick restart leads to an offside.
・ Replay cameras are sometimes unstable.
・ Erroneous objects may be displayed during some goal celebrations. Specifically, objects that are close to the camera (and should be invisible) are displayed during the celebration.
・ Players may get caught up in the goal net when performing a goal celebration close to the goal.
・ Some goal celebrations rarely appear as an option after scoring.
・ A facial animation bug may cause player expressions to appear unnatural.
・ When changing the camera from the Pause Menu, the preview glitches for a moment.
・ The referee’s long sleeve strip may not appear during a match.
・ Player’s graphics may fail to show properly, making their appearance look strange.
・ Visual bugs, such as the ball hovering in the air, may occur during replays after a goal is scored.
・ The replay that can be viewed from the Pause Menu may be too short, making it impossible to check a play that occurred moments before the pause.
・ When changing the camera or the player to focus on during a replay, some players glitch for a moment.
・ Two or more balls may appear to be in play at the same time. One of the triggers for this is to check the replay from the Pause Menu during a match.
・ Some players may be shown gliding on the ground during a replay. This movement is different from the actual motion that occurred during the match.
・ The remaining pause time may not be displayed when pausing an online match.
・ The Pause Menu does not open in the second half of the match.
・ The Match Settings screen takes a long time to load after matchmaking for online matches.
・ It may take a long time to proceed to the next screen when a user disconnects immediately after matchmaking for an online match.
・ The pre-match card may not display when playing an online match.
・ The wrong screen may be shown for a moment when transitioning between menu screens.
・ Instead of the match results list for a specific event, the 20 most recent match results from all events are incorrectly displayed.
・ A connection error message may be displayed when closing the dialogue box that informs of server maintenance being underway.

Steam®
・ The bottom part of the screen flickers during a match if you set the Display Quality to ‘High’.
・ Some screens are shown out of position when playing using an ultra wide monitor.

Windows
・ The bottom part of the screen flickers during a match if you set the Display Quality to ‘High’.
・ Some screens are shown out of position when playing using an ultra wide monitor.
・ Achievements may be awarded even when the conditions to receive them have not been met.

PlayStation®5, PlayStation®4
・ Match commentary may fail to play during a match played immediately after installation, where only certain features are available.
・ Trophies may be awarded even when the conditions to receive them have not been met.

Xbox Series X|S, Xbox One
・ Match commentary may fail to play during a match played immediately after installation, where only certain features are available.
・ Achievements may be awarded even when the conditions to receive them have not been met.

■ Improvements have been made to the issues below, but they may still happen occasionally (fixes are being developed at the moment).
・ Some players may be shown gliding on the ground during a match.
・ Players may run in a strange fashion during the goal celebration.
・ Player models may be distorted and their movements may feel unnatural when they collide with each other.
・ Fouls may not be given out to some plays that were clearly fouls.
・ The ball may pass through a player’s body during a match.
・The responsiveness to command inputs may become slower during matches.
・The speed of the ball and player movement may decrease during matches.

We will continue working on improvements to the game quality in the future.