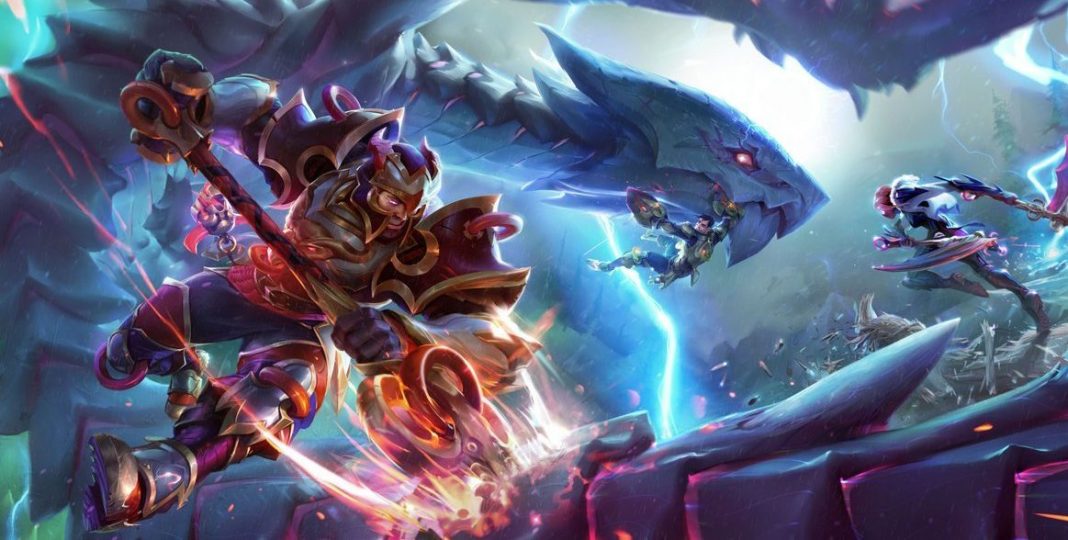 Below is the full patch notes 1.24 which gives you more details about it.

New Escalation. Scorched Earth has arrived. Our new Escalation brings new amps, new Behemoth variants, and an all-new king of the hill. Ascend to the volcano to face Torgadoro, the biggest Behemoth yet!

Hunt Pass. The new Hunt Pass, Searing Talons, has arrived in Ramsgate. The Blaze Hawks know a thing or two about surviving the fire!

The Vault. Players who complete their Hunt Pass will be able to earn Vault coins, which they can exchange at the Vault to get rewards from previous Hunt Passes.

Move list. The move list has been updated and reworked to show more information about combos, weapon specs, and variants. Access the move list on console from the main menu, or by hitting ‘L’ on PC.

Daily login cores. Getting your free daily login core from the store will now grant you new rewards. Cores award a small amount of rams, elemental orbs, arcstone, patrol chests, bounty tokens, or tonics. There’s even a small chance of receiving Vault coins or an emote!

Tips. Loading screens now have handy tips for you to read while waiting.

Bounties have been tuned across the board. Some bounties were overwhelmingly popular due to their ease of being knocked out in a single Escalation, and others were overwhelmingly discarded due to the number of hunts required to finish them. We’ve rebalanced the objectives with the aim of making bounty choices more varied and meaningful, rather than being herded to an obvious choice of what was most achievable.

Additionally, bronze bounties will be easier to complete than silver bounties, and silver will be easier than gold. Getting a gold bounty should feel good, but also be more of a challenge to complete. We’ll be keeping a close eye on player choices through this patch, and making more adjustments as necessary.

Fixed crashes that could occur when: