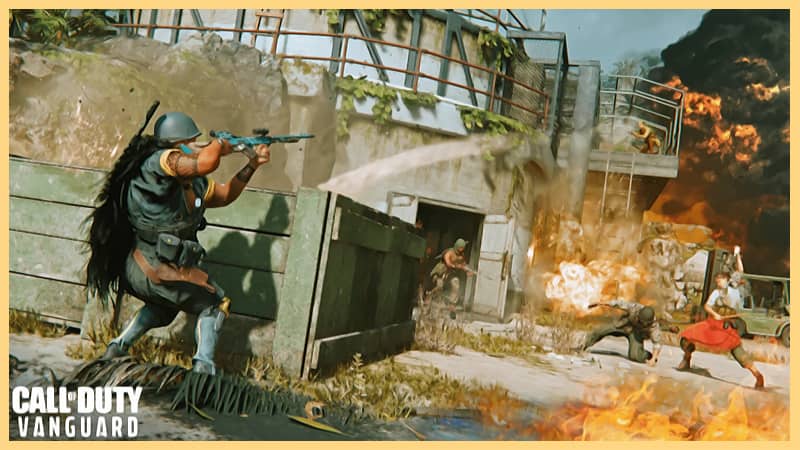 Call of Duty: Vanguard’s January 27 update has just been released across all platforms, so here is the full list of changes and fixes.

In the multiplayer department, a variety of changes have been made to the Paradise map, primarily aimed at addressing spawn position issues. You should have fewer glitchy cases of spawning in Paradise the next time you enter the realm.

There should also be fewer instances of spawning close to enemies. There have also been a few tweaks to perks. Several fixes have been made to the Ring of Fire artifact in the Zombies mode, making it a bit more reliable.

Let’s move right along. There’s plenty more to discuss, so let’s begin. Check out all of the latest Call of Duty: Vanguard features in the latest update launching on January 27!

An update has been deployed in #Vanguard!

Notable changes include fixes for the Perks, Fortified and Cold Blooded. See the full breakdown 👇https://t.co/ChxWhol6NK

The developers have been actively working on patching Vanguard Season 2 ever since the delay was announced. Another update from Sledgehammer Games has been released to fix big issues with the FPS.

Currently, the PS4 and Xbox One consoles, as well as the Windows PC should receive this update.

At this point, we do not know what the update file size will be, but will update this later.

Call of Duty: Vanguard January 27 Update for PC, PS4, PS5, Xbox X/S and Xbox One is now available. Our Patch Notes section has more information about game updates and news.