Call of Duty: Vanguard Best Controller Settings You Can Use Right Now 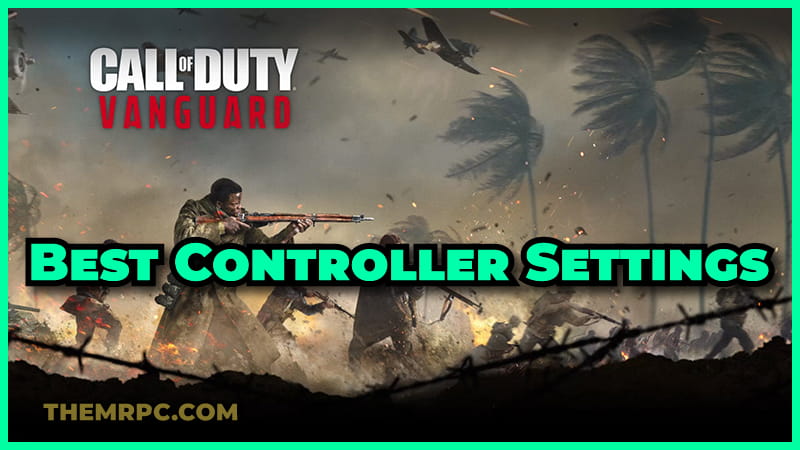 Call of Duty: Vanguard is all about the experience and the objective. Over the past few years, the Call of Duty games have been heavily focus on the controller and ways to modify settings. However, most gamers prefer to use either a keyboard and mouse or a controller. A lot of players, even ones that enjoy this game play with a controller.

Controllers can be less stressful on your hands and shoulders since you don’t have to use the W, A, S and D keys, which allows you to keep moving, turn around and aim. Also – even with all the different setups available on the market, many players find it makes aiming with controllers easier. If you prefer to play Call of Duty Vanguard using a controller, this guide is for you to setup some best basic controls, gameplay, Action Behavior, and Advanced Controls settings. This will greatly help you out

Every player’s movement and aiming preferences are different; some like to enhance their movement speed while some like aiming enhancements. This article covers the best controller settings for aiming, movement, strategy, and more in CoD: Vangaurd.

Before you start tweaking your sensitivity settings, here are some things to keep in mind. First, the majority of pro players use 7 for their sensitivity so it’ll be no problem finding professional players with settings similar to yours if you decide to change it. According to your convenient, you can increase or decrease it later.

I would highly recommend that you play the game with the settings below. Please set “Target Aim Assist” to ON. If it is not, you may feel discomfort while playing. If you have already played Modern Warfare and/or Warzone, then these settings should feel very familiar to you.

Getting the most out of your gameplay experience requires that you customize some action and behavior controls. There are some changes that we highly recommend.

The Advanced Controls feature will require you to set your Left and Right Stick Min Input Deadzone to 0, which will allow you to determine how much stick drift you have. From there, adjust small values until no drifting occurs. Adjust both sticks so there is no drift, then increase them by 1% increments until you reach your optimal sensitivity.

Game developer Sledgehammer Games and publisher Activision are partnering to bring the next Call of Duty video game to you. A release date has been set for November 5, 2021, that will include platforms such as the Xbox One, PlayStation 4, PlayStation 5, Microsoft Windows, and other next-generation gaming consoles. In the Call of Duty series, Vanguard is the 18th installment. It centers around the rise of the special forces around the end of the war, as the game takes place in a variety of locations during the Second World War.

The first single-player campaign video, “Stalingrad Summer”, reveals that Vanguard will introduce similar gameplay mechanics to Modern Warfare, such as placing weapons on flat surfaces and transacting with doors. In order to complete objectives, players can employ more strategic tactics, such as blind firing from behind cover or breaking through destructible environmental elements.

Call of Duty Vanguard: Will It be Coming to Nintendo Switch? Here What You Need Know