Xiaomi and Black Shark may be on its way to next Black Shark Gaming phone on the upcoming Snapdragon 865 processor and 5G capability. As the phone already certified, it maybe debut into the market as right on time as Q1 or Q2 2020?

On December 20th, another model codenamed ‘Shark KLE-A0’ was certified by the Ministry of Industry and Information Technology. The source said that the model of this phone might be the Black Shark 3 5G. What’s more, it is expected to be officially launched sooner rather than later. 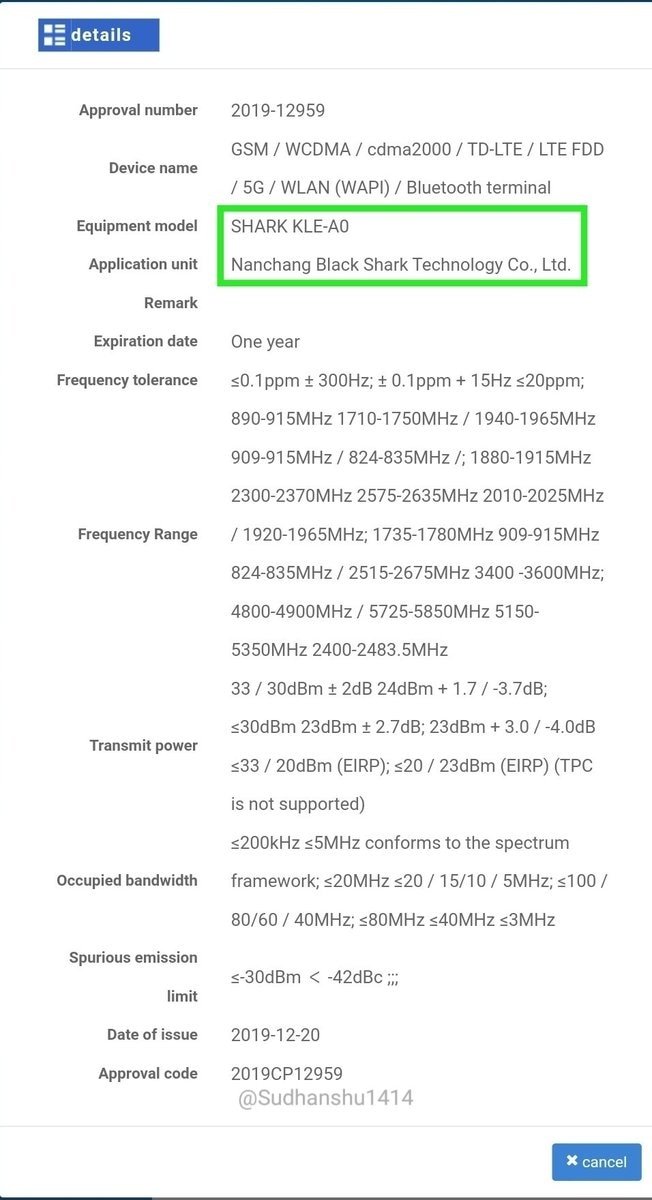 Popular tipster @Sudhanshu1414 reveals that another phone codenamed “SHARK KLE-A0” was certified by the Ministry of Industry and Information Technology (MIIT) last Dec. 20. This “SHARK KLE-A0”, purportedly the Black Shark 3 5G, is Black Shark’s next phone and will be launched soon.

The certification doesn’t exactly uncover much other than its 5G capabilities. It indicates that it will be prepared for launch soon. Yet, it opens up to numerous potential outcomes, such as the upcoming Snapdragon 865, a faster refresh rate screen. It could be ideally at any rate 90Hz like their competitors’ Nubia’s Red Magic and One Plus 7T, or even as much as 120 Hz like Asus ROG Phones.

We’re additionally expecting that they will bring the equivalent 27W quick charging or significantly faster as much as their alleged 100W quick charger that is still being developed. One year from now we additionally trust we’ll be seeing improved Bluetooth technology for their Black Shark gaming controllers as gaming with Bluetooth latency doesn’t make for a great mobile gaming experience. What’s more, in particular, with its increased band support and 5G capabilities, this will ideally be an explanation behind Xiaomi to launch its smartphones to the US market.

Also Read: Samsung SelfieType let you type on your phone invisibly, will be unveiled in CES 2020