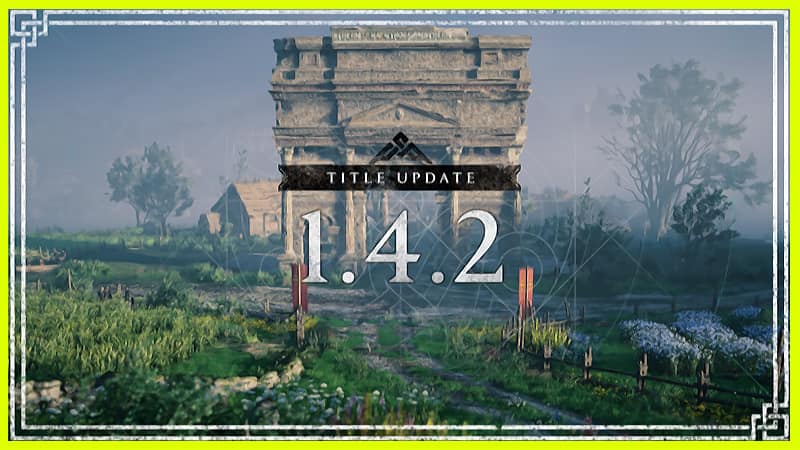 Assassin’s Creed Valhalla Update 1.4.2 is now available to download for PS4, PS5, and Xbox One users. Besides improving the performance of the game, this update includes a Lunar New Year pack. There are also a few additional packs in this patch, so be sure to check the patch notes.

An earlier update addressed the issues facing players during the Yule Festival.

There are still issues with the game that players are experiencing. Patch Update 1.4.2 of Assassin’s Creed Valhalla addresses several of these issues.

The update has been rolled out to all supported platforms. Below you’ll find Assassin’s Creed Valhalla Patch Notes: Update 1.4.2, along with all the official developer commentary.

This Pack contains two Gear Sets, two Weapons, a Mount skin and a Raven skin and will be available on February 15.

Moonlight Weapons Pack
Bear weapons dedicated to the gods above in their eternal chase, showering man with light.

This pack contains four weapons and will be available on March 3.

Dragon Knight Pack
These may be the only remaining sets of dragon gear in existence. Use them well.

This Pack contains two Gear Sets, two Weapons, a Mount skin and a Raven skin and will be available on March 22.