Android 11 R New Feature Leaked, You Can Listen Music Over Bluetooth Even When Airplane Mode Is Turned On 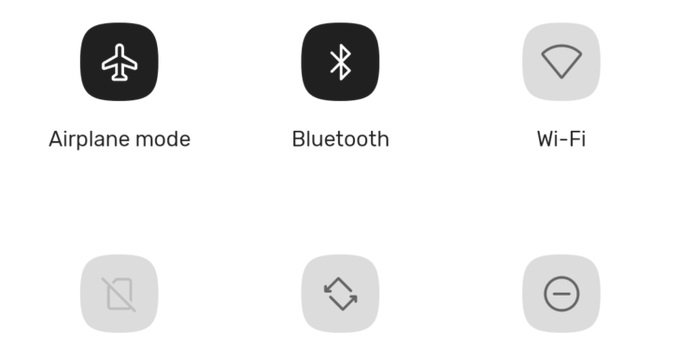 Android 10 was officially released on September 3, 2019 and at the time only few device have got this update. However, Google starts working on next Android 11 and likely to release its first beta in March next year. The latest news comes from the XDA developers member luca020400 who found a new feature in Android 11 R called “Context-aware Bluetooth airplane mode” in AOSP Gerrit.

Right now, enabling Airplane mode on Android will completely disable cellular, Wi-Fi, and Bluetooth. So, you can not enjoy your favorite music if you have a Bluetooth headset connected to your phone. Now it seems that Google is going to fix this crap of airplane mode in Android with the next OS release.

Here is what luca020400 found in Gerrit commit:

Do not automatically turn off Bluetooth when airplane mode is turned on and Bluetooth is in one of the following situations:

For the unawares, “A2DP” stands for Advanced Audio Distribution Profile and used for most Bluetooth earbuds and headsets for media streaming. This is the Bluetooth Stereo profile which defines how high quality stereo audio can be streamed from one device to another over a Bluetooth connection.

The commit has not been merged yet, but we can expect to see it in next major OS update of Android 11 R. It’s unclear if Bluetooth will automatically stay on for smartwatches or fitness bands as commit mentioned that a media device must be connected via either A2DP or the hearing aid profile.

However, you can tweak airplane mode if you’re familiar with ADB. But this is not for everyone. So, if Google will come with this feature in its next major OS upgarde then this can make big difference for those who uses airplane mode and Bluetooth a lot.