Among Us Unblocked- Why You Should Never Download It, Here Are The Reasons 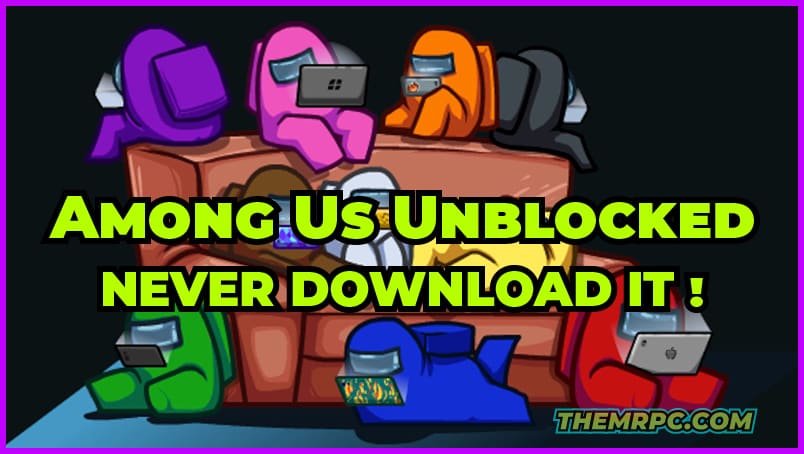 Among Us unblocked game is one of the many unblocked games available online these days. Among us unblocked is a competently built clone of the original game, which offers players new levels to enjoy. It’s packed with features that include cool pets and skins. However, you should never download it because it’s unsafe to do so and also a scam game. That’s why you should read this article first.

Among Us Unblocked: The reason why you shouldn’t download it!

There’re a lot of games on the internet. Some games are free, and some games cost money to download. Among Us Unblocked is free to download, and we’ve already mentioned that it is a scam. Still, if you want to know why this game is a scam and how it was made, keep reading.

Innersloth, the original developer of Among Us, did not create and release Among Us Unblocked. In fact, there are a few versions of Among Us Unblocked on the internet, and it is only a modded version of the game. In other words, it is a scam, and you should avoid downloading it.

There are a lot of scam versions of popular games out there. This is especially the case with games like Among Us, as people want to find a way to play it without paying — but there’s no such thing as a free lunch. When you download an illegal copy of a game thinking you getting lots of features for free, you’re putting yourself at risk for malware and data theft. You could even be funding criminal activity!

Is Among Us Unblocked worth downloading and playing

Let’s take a look at why someone would want to play Among Us Unblocked! Also, what does the game offer you? Simple answer is tons of features without paying any cost. This attracts many people and start downloading this modded version of this game without thinking about the risks involved with this.

The game is not an official Innersloth title; therefore, it cannot be found on their website or on Steam. The game is not even available on Google Play or App Store. It is available only on third-party websites. A zip file can usually be downloaded and installed from the sites in order to play Among Us Unblocked.

Even if there are a few free features included in a fake version of a game, it isn’t worth downloading it. In the event that you download and start playing it, you may become a victim of a big scam. It is therefore better to avoid downloading Among Us Unblocked.