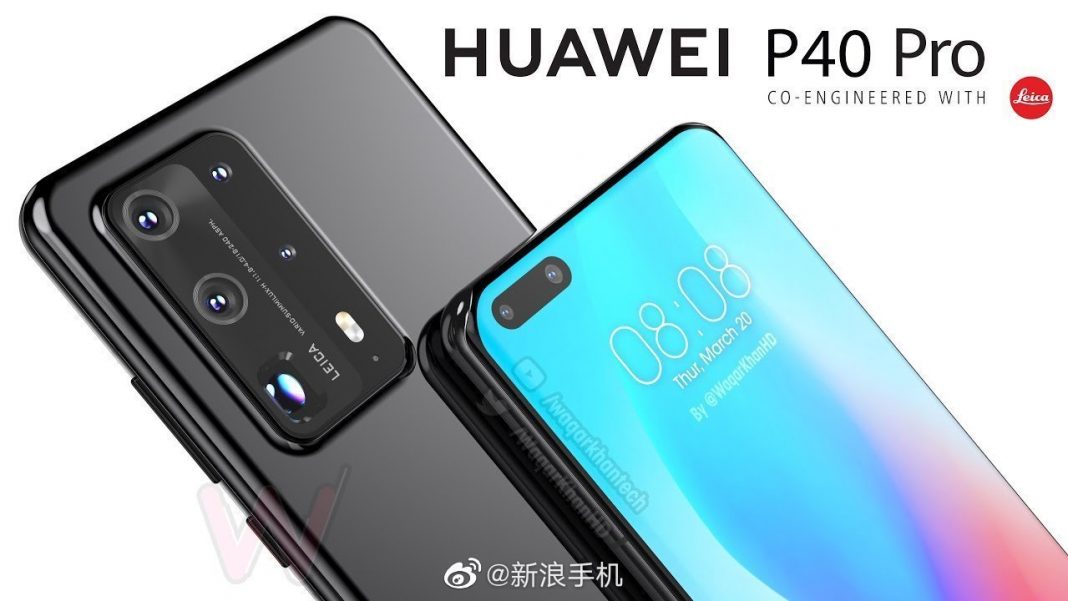 It is going around the Net, bouncing from one site to another, what could be a live photo of Huawei P40 Pro, one of the smartphones that Huawei should launch next month.

Today, a new leaked picture of P40 Pro shows front display design. This picture has been shared on the Chinese social network Weibo which reveals that Huawei P40 Pro will be able to offer a large display with curved edges. In the image, we can see a pill-shaped hole in the upper left corner to make room for a dual front camera.

It shows that the display of the device will be featured with a large curved display (water display).

Moving on, according to this leaked photo, both the upper and lower frames would be reduced to the minimum terms (you can count as no bezels in the device) and so as to give the impression of being in front of a “full screen” smartphone.

As far as the specification for the device is concerned, among the main features of Huawei P40 Pro we should find a display with a diagonal of over 6.5 inches and a refresh rate at 90 Hz, a Huawei HiSilicon Kirin 990 processor, at least 8 GB of RAM and 128 GB of integrated memory, a quadruple rear camera and a battery with graphene cells. The device would sport a 3x to 5x zoom and will be running on the open source Android 10-based EMUI 10 without any Google apps.