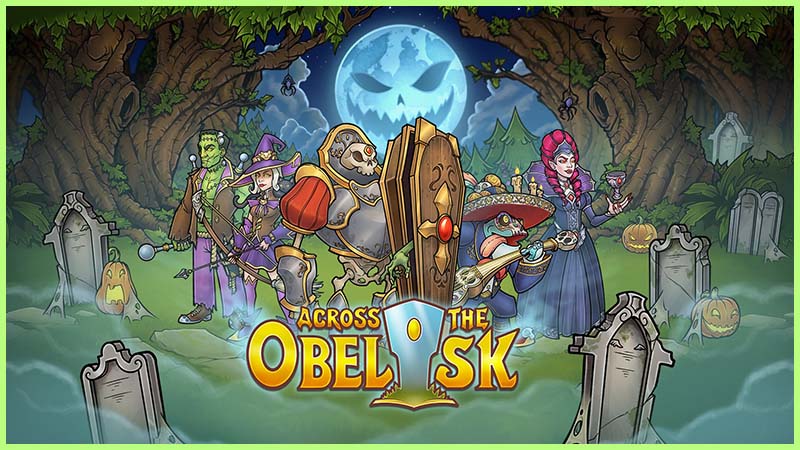 Co-op deckbuilding rogue-lite Across the Obelisk is developed by Dreamsite Games and published by Paradox Arc. There are four generic adventures unravelling a fantasy plot combining archetypal tropes, like kidnapped princesses and power-hungry mages. It seems this story was designed for co-operative roleplay to further expand on what is happening on screen. Ultimately, this story serves as a cooperative roleplaying game with a great deal of room for interpretation. As a player of this game, you can choose whether to play alone or with your friends, make choices regarding your heroes, unlock items and cards, construct a deck, and then engage in deep tactical battles against powerful enemies. There is a lot of information about Across the Obelisk Bree Deck build in this guide, so please take your time to read it.

Across The Obelisk Bree Build: Everything You Want To Know About Deckbuilding Guide

Across the Obelisk is a turn-based RPG in which you can build a deck of cards to fight other players. The tank character plays an important part in any RPG team’s fight against their opponents because they are integral to success. In the game, there are many different decks for each character, and there are a huge number of characters to choose from. There are a number of roles that characters can fill. Some of them are healers, healers in ranks, damage dealers, and so on.

The role of tanks is to take the stress off a group and ensure that those who may be more prone to squishing are not damaged. Like Paladins and Barbarians in Dungeons and Dragons, they can accomplish this either with their armor or simply their sheer amount of HP.

There are, however, a lot more that a tank can accomplish in Across the Obelisk, and we will show you how you can do that. We will discuss one of the characters that has the potential to be an excellent tank in this Bree guide.

Simple Guide On How To Unlock Bree In Across The Obelisk?

Bree’s gameplay strategy is to stack thorn stacks and buff allies, while also increasing damage by stacking crack stacks in order to provide damage boosts to her allies. The unlocking process for Bree will take you about a little over an hour of gaming time. At the end of Act 1, you will be able to navigate to the blue portal where you will be able to unlock Bree. Continue to the grove at the top of the map after completing this by passing through the blue gateway and following the instructions.

For further advancement in the game, you must accept and complete quests there. The next step is to finish Act 3. After you have finished Act 3, you can move onto Act 4. To unlock Bree, navigate to the garden at the top of the map when you enter the upper level of Act 4. Click the Dig option to unlock Bree.

Best Across The Obelisk Bree build

In this chapter, we’re going to examine Bree’s best Across the Obelisk build. A character with thorn stacks takes damage equal to the number of thorns they have. This means that they take damage when assaulted. Since she has a trait called Spiky, she enters battle already holding 5 thorn stacks!

When it comes to perks, I recommend placing some perks in Bree’s General to boost tank abilities, such as an increase to her HP, armor, and energy, and to be able to fight more effectively. The perks that come with the physical tab, for example, not disappearing thorns after being struck, are very important. In addition to this, it is also great to be able to increase crack damage at the same time.

The key to retaining your armour during the early turns is to maximize your crack stacks as well as ensuring that you begin the game with at least one fortify.

You might want to consider including the following cards in your deck as some of the most important:

There are lots of great things and pets that can raise Bree’s HP and Resistance, such as the Veteran Armor, the Jade Ring, the Bunny, and the Sharpy.

As a conclusion, this guide highlights the best Across the Obelisk Bree build, along with instructions for unlocking it. It’s now time to go out there and try tanking some of those hits at the Across the Obelisk, you now know all you need to know about Bree and how to use her correctly. Happy Gaming!