A new Vivo iQOO 3 5G with a model V1950A Got 3C certification, will come with 44W fast charging 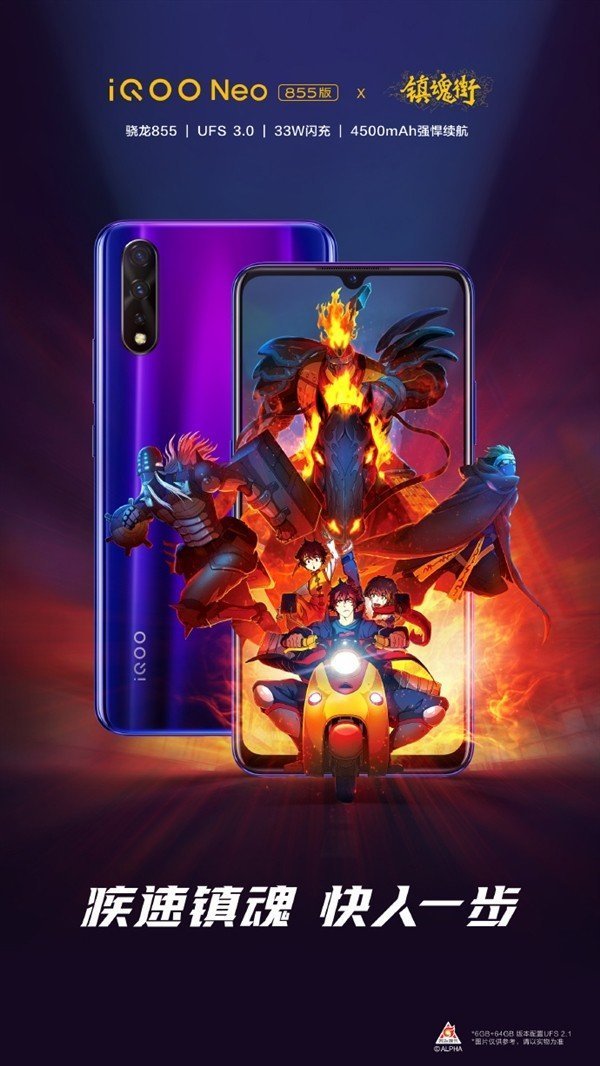 Vivo recently introduced its Vivo X30 series and now the Chinese firm is all set to launch its upcoming smartphones, most of which will get 5G support as the company is already said. A new Vivo product with a model number V1950A bags 3C certification in China. It is speculated to be upcoming iQOO 3 gaming smartphone and suggested to be a sooner launch of the device.

Looking at the certification imgae, we can see the Vivo V1950A smartphone will have support for 5G. In addition, it also shows a 44W fast charging support to the device. Speculation reveal that it could be a Vivo flagship phone powered by the Snapdragon 865 mobile platform.

Although, at the time, there is no proof whether the Vivo V1950A is the iQOO 3 or not. It could be a different Vivo flagship from the company that may be uncovered at the Mobile World Congress (MWC) 2020 next month.

A notable Chinese tipster Digital Chat Station on weibo has claimed that the Vivo V1950A could feature a waterfall display and the text “full screen without any openings” at the end suggest extremely curved display design towards the edges. It also indicates that it might be company’s upcoming flagship smartphone. But as of now, it is only the speculation. We should wait for the real identity of the Vivo V1950A. 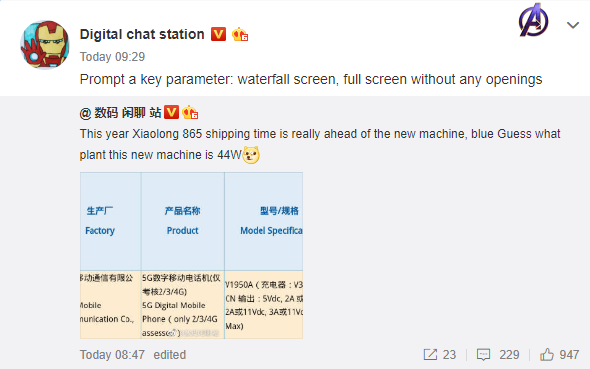 A while ago, another Vivo device with a model number V1963A was spotted on Geekbench benchmarking platform which revealed some of the key specs. According to Geekbench, the device is spotted with Android 10 OS and 6 GB of RAM. Snapdragon 765G could be powering the device. This phone could be a budget-friendly 5G phone from the company. It is expected that TENAA will spill the specifications of the Vivo V1950A and V1963A smartphones in the next few days.